FabAlley opened 3rd exclusive store in Delhi Greater Kailash Market to showcase its ethnic-fusion range Indya. The online-led fashion brand has planned to open about 12-15 stores in the next six months. 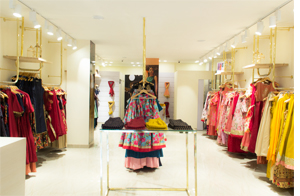 Currently, Indya range contributes more than 30 percent of FabAlley’s overall revenue, with plans of growing to over 40 percent by the end of this financial year. Spread over 700 sq. ft., At the launch of the store, Tanvi Malik, Co-CEO of FabAlley said, “Indian wear currently occupies a 74 percent market share of the apparel 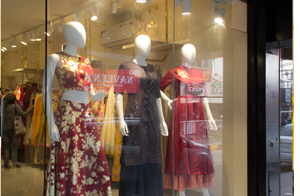 retail market in the country and provides a great growth opportunity for us.”

“Currently, the ethnic wear industry in estimated at Rs. 70,000 crores, and the segment is expected to grow at a CAGR of 9 percent to reach Rs 1,25,000 crore in 2019. We are looking to hone in on this opportunity and grow our Indya brand offline in a big way, with about 12-15 stores planned in the next six months,” said Shivani Poddar, Co-CEO of FabAlley.

The store, located in the up market M Block market, comes close on the heels of the launch of Indya’s EBO in Rajouri Garden market last month. The brand launched its first store in Bangalore in Phoenix Market City earlier this year. FabAlley first partnered with Future Group’s Central Mall in 2016 for their offline expansion, and since then has grown to over 55 shop-in-shops across the country.

The brand has three major product lines -FabAlley, Curve and Indya, covering a gamut of occasions and needs that every Indian woman has. Indya’s prices range starts from Rs. 1500 for a basic silk top and goes to Rs 4000 for specialized embroidered tunics and skirts.