The men's fashion brand plans to expand their retail footprint soon with the second store in Bangalore. 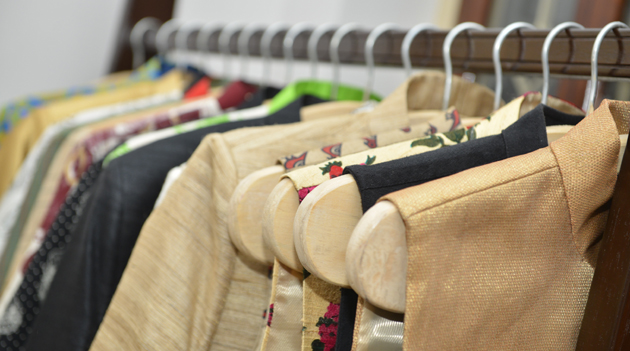 100 Park Street, a new men's couture label by Kiro Chowdhury, a very young fashion designer from Kolkata, recently unveiled his first flagship store in the city. Spread over an area of 835 sq ft, Kiro's collection boasts of an array of comfortable fabrics starting from cotton shirts, silk kurtas to heavy sherwanis and coats for wedding and Nehru jackets, targeting an age group between 20-45 years with an affordable range of designer wear.

On the launch of his maiden project Kiro shares, "My collection is mainly focussed at catering to the youngsters who all like Indo-western clothes, and also who will love to wear designer outfits which are really affordable starting at Rs 1,000 only and goes up to may be Rs 10,000.â€

Conceptualised by the designer himself, the decor of the store essentially gives a feeling of homely comfort and exudes the warmth of a traditional Bengali family household. Kiro adds, "At 100 Park Street, one will not feel that he is in any store but a house having a great homely atmosphere. We have used antique teak wood furniture and all artefacts have been selected meticulously to suit the decor as I wanted to create a contrast with my collection which is very much modern and with an interior which is vintage.â€

Further on the expansion plans of the brand, Kiro shares, "I would like to gradually start designing shoes, belts, bags and accessories for men and in terms of retail footprint the second location will be Bangalore.â€
Tags : 100 Park Street Kiro Chowdhury Park Circus Kolkata
Advertisement