Average online spending for Indians to rise 67% in 2015: Assocham-PwC study

About 40 million consumers purchased something online in 2014 and the number is expected to grow to 65 million by 2015 with better infrastructure in terms of logistics, broadband and Internet-ready devices. 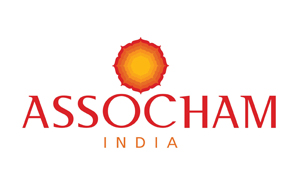 According to an Assocham-PwC study, the average annual spending of Indians on online purchases is expected to rise 67 per cent to Rs. 10,000 in 2015. Currently, on an average online shoppers spend around Rs 6,000 a year.

About 40 million consumers purchased something online in 2014 and the number is expected to grow to 65 million by 2015 with better infrastructure in terms of logistics, broadband and Internet-ready devices.

The overall e-commerce industry, valued at $17 billion (roughly Rs 1,08,167 crore), has been growing at a compounded annual growth rate of about 35 per cent each year, the study said, adding that it is expected to cross the $100 billion (roughly Rs 6,36,281 crore) mark in five years.

In 2014, the sector attracted the attention of investors, including top global firms and leading Indian industry leaders like Azim Premji and Ratan Tata, said the study, adding that brands like Flipkart and Snapdeal are enjoying an edge over global players like Amazon in the country. Online apparel sales continue to capture a greater share of Indian retail e-commerce as a category along with the computer and consumer electronics sector, fuelling the overall market growth. "The smartphone and tablet shoppers will be strong growth drivers. Mobile phones already account for 11 per cent of e-commerce sales, and their share will jump to 25 per cent by 2017," said D S Rawat, Secretary General, Assocham.

India's travel and tourism are second fastest growing travel and tourism industry in the world. Nearly 75 per cent of total travel related business has migrated to e-commerce. With nearly one-third of Internet users already making purchases online, the e-commerce growth will rely more on increased spending from existing buyers than first-time online buyers, it said.

Other factors contributing to the growth of e-commerce include aggressive merchandising and discounting from flash sales and daily deals, more online loyalty programmes and increasing popularity of smartphones and tablet computers among consumers, the study added.