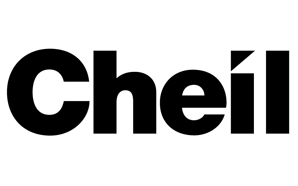 The agency has won Innovative Retail Concept of the Year for the Window Display for Galaxy Note 3 and Gear. Samsung's Galaxy Note 3 is positioned as the best in class smart phone with a host of unique features like Air command & S-Pen and the Galaxy Gear is a revolutionary new technology, which seamlessly integrates with Note 3. The Visual Merchandising strategy was to define the primary USPs of Note 3 to demonstrate the Phone's seamlessly connectivity to the Galaxy Gear. This was achieved through a unique innovation by designing the Screen of the phone using LED technology and highlighting the Air Command, Gear and S Pen. All three features were highlighted in the sequence of their usage. As part of the innovation an extremely lightweight material was also introduced, so that the window concept could be placed right on the Glass Facade of the Store.

For the Galaxy Tab3 display, which won the Impactful Retail Design & Visual Merchandising Award, the visual merchandising strategy was to highlight the product in-store to communicate the all-new multi-window, slim and light features of this device. Cheil India's retail design team worked on a unique in-store innovation, which involved a magnetic levitation of the device within the store, which resulted in creating the appropriate buzz. This was further enhanced by placing the entire mechanism on a rotating display pod that provided a 360-degree view of the device with creative messaging thus completing the look required to communicate with the consumer.

Saurabh Mathur, Sr VP- Visual Merchandising & Shopper solutions, Cheil Worldwide SW Asia, said, "I am glad that we have been able to demonstrate our capability to develop innovative shopper solutions in a very competitive market. The awards are testimony to the fact that Cheil is at the forefront of concepts and technologies that enhance in-store experience."

Attributing this success to the Retail and Visual Merchandising team at Cheil India, Hari Krishnan, COO, Cheil Worldwide SW Asia said, "From insights to in-store - Cheil is geared to deliver ideas that move seamlessly along the new consumer journey. We are excited and confident about more such wins - by innovating at every stage of the idea development."