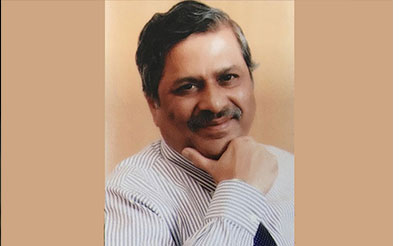 International store chain V-Mart has announced the appointment of Govind Shrikhande as Independent Director of the Company, effective November 2, 2018.

Shrikhande comes with rich cross-functional experience spanning a range of industries including textiles, apparel and retail. His previous stint was with Shoppers Stop, where he began as Vice President of Buying & Merchandising function before moving on to the role of Chief Operating Officer role and finally to that of MD. Prior to Shoppers Stop, he was associated with Mafatlal and Johnson & Johnson and Bombay Dyeing.

Shrikhande was also part of the team that launched Arvind Denim & Arrow. With this appointment, V-Mart’s current Board constitution is as follows:

Welcoming Shrikhande to the Board, Lalit Agarwal, Chairman and Managing Director, V-Mart, said, “We are excited to welcome Govind on the Board of V-Mart. His extensive experience in managing large-scale organizational transformation to drive customer centricity and his successful adoption of technology and processes as enablers will be a great asset to the value retailing ethos of the Company.”

Speaking about his appointment, Shrikhande said, “V-Mart has a strong brand as a value retailer, impressive connect with its customer base in Tier II and III towns and is well-positioned to establish leadership in the affordable fashion segment. I am honored to join the Board during a time of opportunity driven by dynamic shifts in the Indian retail landscape, with millions of families in Tier II, III and IV towns transitioning to a modern retail and omni-channel experience.”