Ola Money can be used for e-commerce shopping: Ola 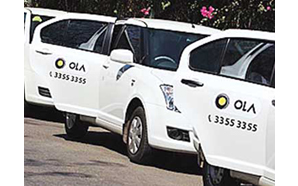 Taxi aggregator Ola on Monday said it would allow Ola Money users to use the facility to buy goods on third-party sites such as Lenskart and OYO Rooms.

Ola has also opened its application programme interface to third-party vendors, to be integrated with the Ola Money platform, to allow users to pay through the wallet for goods and services on their apps and sites.

With 20 million customers, Ola claims to be among the top three mobile wallets in the country. Merchants such as OYO Rooms, Saavn and Lenskart get to tap into Ola's active wallet base with an average wallet balance of about Rs 1,000, higher than the sector's average.

In a statement, Ola said Ola Money was the most preferred payment option across its transportation offerings and mobile-only food-delivery ventures, OlaCafÃ© and OlaStore. "Ola Money, built to create a seamless payment experience for every request on our platform, is the most preferred mode of payment by a majority of our users,â€ said Rushil Goel, head, Ola Money.