Project Eve to scale up aggressively

Reliance Retail’s LFS format exclusively for women, Project Eve plans to double up the number of stores by end of the fiscal, crossing 20-25 stores. Most of the stores will be located in metros while some of them will be set up in prominent cities as well. 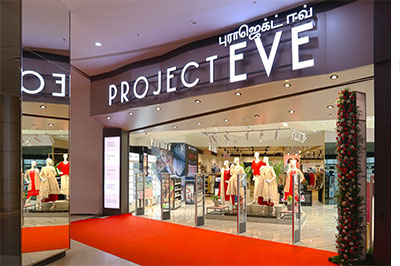 Reliance Retail’s Large Format Store (LFS) exclusively for women, Project Eve, has recently revealed their plan to double up the number of existing stores by end of the fiscal. Starting their operation last year, Project Eve today has 12 stores and has recently gone beyond metro cities by opening stores in cities such as Amritsar and Surat.

Project Eve plans to cross 20-25 stores by end of current fiscal. The scaling plan will include prominent cities while most of the stores will be located in metros, spanning between 8000 sq ft to 12000 sq ft.

In a pioneering effort to offer an exclusive experiential retail format to women, Reliance Retail had launched the new multi-brand retail entity in 2017 at Inorbit Mall, Malad, Mumbai. The unique concept in premium segment has a strong focus on young, independent and sophisticated women. Reliance Retail has aggressive plans of expansion for the retail format in top 10 cities across the country.