Rangriti opens its first two stores at Yamunanagar and Vizag

Value-fashion brand Rangriti, from the promoters of Indian ethnic brand BIBA, has launched its first two stores in Yamunanagar and Vizag consecutively. Spread over 750 and 900 sq ft areas respectively, Rangriti will be retailing Indian ethnic collection of apparels under a budget segment. 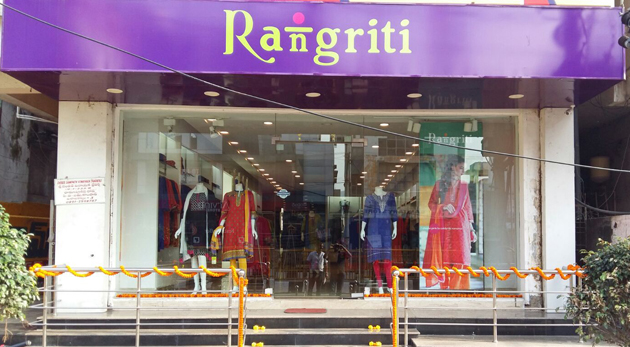 Rangriti, a value fashion brand from the promoters of Indian ethnic fashion brand BIBA, has launched its first two stores in Yamunanagar and Vizag. The brand will offer Indian ethnic wear collection for women under a budget range starting at a price range of as low as INR 499. 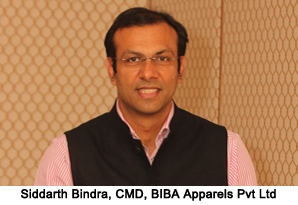 Spaced at 750 and 900 sq ft, both the stores use focal walls using Barrisole and non-woven stretched fabric illuminated to highlight fresh merchandises right at the centre of the stores. A feature wall of black mirror carries Rangriti logo along with the LED ceiling lighting. The shelf fixtures are made of stainless steel with glass shelves which makes the merchandise more organised.

Siddarth Bindra, CMD, BIBA Apparels Pvt Ltd said, "We are excited to launch our exclusive stores. We have already succeeded with our principle brand BIBA. The idea behind Rangriti was to offer good ethnic fashion at an affordable range. With a varied range of vibrant Indian wear, Rangriti looks forward to becoming the most preferred shopping destination for its customers. It will also sell through online retail space." Rangriti is slated to have more retail presence in the coming year, while BIBA is now expanding to tier-II and tier-III towns.