Raymond looks to reclaim its place as the perfect brand for the perfect man. Can it keep up with the changing times? 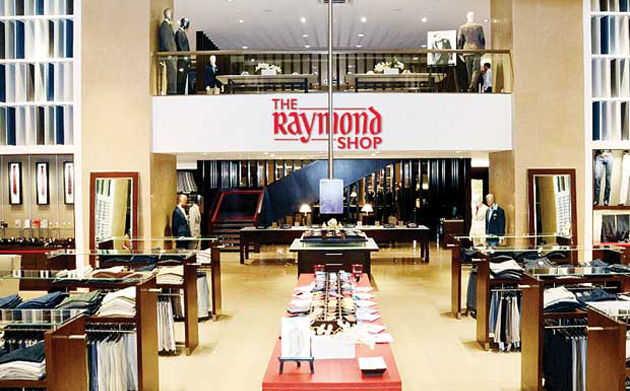 When 47 year old Sanjay Behl joined textile major Raymond as the chief executive officer about two years ago, the media speculated that he had been hired to transform the 90-year-old firm into a trendy global lifestyle company. While the jury is still out on that one, the company has definitely managed to make its way back into the black. It posted Rs 40-45 crore as profits in every quarter of FY 2015 (except for a loss of Rs 31 crore in Q1 which the company says is a weak period) and the stock price has doubled.

Behl has led the company in rebuilding its premium image, aligned its brands more closely with consumer preferences and fashion trends and focused on building a loyal customer community.

Brand Raymond is among the oldest in the pantheon of apparel brands in India. But it lost its way sometime towards the early 2000s when, as Mahantesh Marilinga, senior research analyst, at Finquest Securities says, it lost focus and Arvind and Aditya Birla's Madura line of apparel raced past. Why did Raymond falter? For one, consultants say that it tried to do too much at the same time. Also, its luck ran out - a denim manufacturing venture with Belgium based Uco Denim made huge losses.

But the company is finding its way back. Recovery, Behl says, is on account of a multi-pronged strategy. The first step was to enhance customer experience. San Francisco based design firm Gensler was roped in to redesign its stores. Thirty six highest revenue stores for the Raymond brand were redone last year and 50 more are planned for this year. It also worked closely with its franchisee network to refurbish 30 stores of the Color Plus brand. It brought the made to measure (MTM) section up front, set up new point of sale (POS) systems at the stores and; six months back, it tied up with customer relationship management firm IMEA which also works for Taj Hotels and Jet Airways. The store overhauls were planned during the lean season of July-August so that the customer inconvenience was minimal. Behl says that footfalls at the stores have gone up by 15 to 20 per cent, conversion rates have gone up by over 90 per cent and sales growth has been in strong double digits. Raymond has 1000 exclusive brand outlets or EBOs of which 800 are franchised and it plans to open 100 stores across its brands. It also shut down 50-60 loss making stores (company-owned and franchisee-owned) over the last six quarters and today 90 per cent of company's stores are profitable. The company has also cut down 15 to 25 per cent of SKUs (stock keeping units) Behl says.

The second step was to focus on positioning. Behl says the flagship brand Raymond is purely for classic formals (jackets, trousers and so on) and will not carry any casualwear labels. Color Plus is for classic formals such as chinos, knit-wear and lounge-wear. Parx, targeted at the young, will sell casual fashion and not the formal range of shirts and trousers.

The third step was improving the quality of merchandise and aligning it closely with customer preferences. It has decided that 95 per cent of the jackets sold will be woollen jackets and it will only sell 100 per cent pure linen. "There is a growing preference for natural fabrics over synthetic blends. Raymond has always been in the forefront of offering world-class natural fibre based products, including finest count fabrics in pure wool, linen and cotton," Behl says.

But why is Raymond sticking to just four brands when rivals such as Arvind have tied up with several global brands across the segments? For instance, Arvind has Excalibur, Ruggers, Cherokee for entry level buyers, Arrow, GAP, US Polo in mid-premium and Calvin Klein, GANT, Nautica in the premium segment.

Raymond prefers to stay close to the premium buyer, however. Behl says, "We want both share of consumer wardrobe and share of wallet. Our study shows that 70 to 80 per cent of their wardrobe already has Raymond brands," says Behl.

What he means is that instead of introducing a brand for all categories it wants to extend the existing brand within the chosen category. "We will offer a complete wardrobe solution for each brand within formal and casual segments; and also expand our product portfolio into adjacent segments like ties, pocket squares, leather accessories," Behl says. Apart from a host of other launches, the company has planned to retail bespoke leather shoes that will be priced at Rs 10,000 onwards.

The company has also launched its e-commerce portal, Raymondnext.com with concierge services in premium locations in eight cities. It has also listed its products on top five e-commerce sites, but Behl clarifies, "pricing will be dictated by us". Raymond will never settle for anything but the best according to Behl and the brand will always reflect that.

Clothes make the man, Shakespeare had said. Well, Raymond certainly wants people to believe that. Maybe it could make the bard its brand ambassador.