A week after Amazon's surprise announcement that it would invest $2 billion in India, the American e-commerce major's country head, Amit Agarwal, told Business Standard that the company's business strategy - whether it was in Seattle, Bangalore or Mumbai - worked around a napkin sketch drawn by founder Jeff Bezos 15 years ago.

It is perhaps that flywheel drawn by Bezos, showing the path to growth and low prices, that is arming Amazon to take on Flipkart in an all-out e-commerce war in the country. The battle gained more prominence recently, especially as Amazon decided to make its India war-chest known - and a rare public statement of its financials in a non-listed market - within 24 hours of Flipkart raising a stunning $1 billion.

Agarwal, with Mahendra Nerurkar, chief of Junglee.com, a price comparison and search website owned by Amazon, visited Business Standard's office here on Friday to interact with journalists. In a telling sign of what time meant in the e-retail space, Agarwal and Nerurkar turned up early, as had Flipkart Chief Executive Sachin Bansal for a similar session a few months ago.

The Amazon India chief took to the whiteboard at the conference room, explaining Jeff's flywheel. "We always write the press release first and then get on to customers' questions or FAQs (frequently asked questions) before launching anything." The idea is to start with the customer and then work backwards, Agarwal told an audience wanting to know more about the story behind the investment. 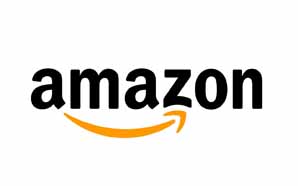 Unwilling to deviate from the script, these executives were keen to describe the company's three pillars - selection, low prices and convenience - as the building blocks for business. On the side, Agarwal narrated a story around how whiteboards were part of the Amazon culture. Many years ago, as the company found the elevators in its Seattle headquarters rather slow, whiteboards were installed inside those, so that meetings could be held while travelling from one floor to another. In what could have been inspired by Amazon, Flipkart offices have writing boards along the walls, so that meetings could be done while walking. Flipkart co-founders Sachin Bansal and Binny Bansal had worked at Amazon before launching their start-up in 2007.

Incidentally, Amazon is opposed to PowerPoint presentations, as Bezos felt these could slow things down. The emphasis is more on detailed written memos by staff, silent reading of those memos in study halls, followed by discussions.

Coming to the $2-billion investment, Agarwal claimed he got to know of Flipkart's fundraising once he landed in India on July 30, after a 30-hour flight (including a stopover) from Seattle. "It is not a coin-toss decision. An investment of $2 billion cannot be decided in a day or a few hours," he said, even as many conspiracy theories were being spoken about in the background. "We evaluated growth and found the 12-month strategy was working. The investment was not a reaction to anything else."

The timeframe for the $2-billion investment was not divulged. If there was a policy change and foreign investment was permitted in e-commerce (currently it operates marketplace or a technology platform to host multiple retailers), Amazon would have a combination of inventory-based and marketplace formats in India, like in the US.

"We will not shy away from investing what it takes in the long term."

The American major has already identified India as a market where it is poised to record a sales gross merchandise value (GMV) of $1 billion in the lowest time, though it hasn't given a target date for that. Towards that goal, Amazon is doing many India-specific things. For instance, it is running a pilot for kirana drop-off and pick-up points in Bangalore, where Amazon pays them for their service. Scheduled delivery in select cities is another such, where customers could choose the delivery time.

The prices on Amazon might not be the most competitive, but its executives said these were dependent on sellers. The company talks of its 17-million product selection, against lower numbers by many other e-commerce players. But the number of departments/categories under which it spreads out its products is 29, lower than many others. The 18-year-old Amazon has been present in India for just about a year and is adding a new category every 13 days. The company, Agarwal claimed, was getting orders even from those places that could not be found on Google Maps. That's the reason why the company is adding five more fulfilment centres (warehouses) to its current two. These centres, spread over 175,000 sq ft, have state-of-the art algorithm and intelligence to weed out the sellers and products that are not delivering, the company says.

These, however, are still early days to find an answer to how the challenger will stand the test of time.