The biscuit and packaged food giant is the only group company to generate free cash flows, enabling promoters to up investment in their other companies 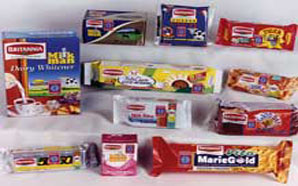 It takes a spark to start a fire. This is what is doing to the two-century-old Wadia Group. The Mumbai-based business house, floundering in the mid-1990s, is back on the growth path on a good showing by Britannia Industries, now the largest and the most valuable company in the group.

The combined revenues of five Wadia Group companies â€” Bombay Dyeing, Bombay Burmah, Britannia Industries, Go Airlines and National Peroxide â€” have more than doubled in the last five years to Rs 11,500 crore at the end of 2012-13 from Rs 4,700 crore in 2007-08. During the period, the group's combined assets (net worth plus borrowings) grew from a little over Rs 3,100 crore to Rs 5,200 crore. The growth in profits has been even better during the period, led by the performance of Britannia and Go Airlines.

The biscuit and packaged food giant accounts for nearly half of the group's revenues and is the only company that has consistently generated free cash flows after paying for capital expenditure. In 2012-13, Britannia generated Rs 300 crore worth of free cash flows.

This has enabled the Wadias to increase investment in other group companies, such as Bombay Dyeing, Go Airlines and National Peroxide.

Go Airlines has invested Rs 500 crore in the past two years, more than five times its previous investment in fixed assets. Home textiles manufacturer Bombay Dyeing has more than doubled its balance sheet since 2007-08, as it entered real estate, expanded its polyester business and ramped up its retail stores.

The Wadias won management control of Britannia Industries in 2009, when they bought out the 25 per cent stake owned by French food giant Groupe Danone. The Wadias had acquired a stake in Britannia Industries in 1993 in a venture with Groupe Danone. It is now a step-up subsidiary of Bombay Burmah Trading Company, which counts tea and coffee plantations, automobile components and dental implants among its businesses.

"Britannia is now the crown jewel for the Wadia Group and its financial performance will surely have a rub-off effect on other group companies,â€ says Arvind Singhal, managing director Technopak Advisors, a brand and marketing consultancy. The group refused to participate in the story and did not reply to a questionnaire.

The late 1990s and early 2000s were a wash-out for the Wadias as the group failed to take advantage of the various growth opportunities thrown up by economic liberalisation. Excluding Britannia, the group's combined gross block (total investment in fixed assets) hovered around Rs 1,000 crore between 1996 and 2007. The big break was the launch of Go Air in 2005. After a slow and cautious beginning, Go Air has gathered pace and is now the second largest company in the group by revenue, ahead of Bombay Dyeing and behind Britannia. Experts expect Go Air to get ambitious as Britannia generates more cash.

The expansion coincides with Britannia's growth trajectory. The company's profit was severely hit in the early 2000s as operating margin slumped from a high of 19.1 per cent in 2001-02 to 6.6 per cent in 2005-06. Since then, it has recovered to 9.5 per cent during the first nine months of the current financial year. The rise in net profit was even faster as the company became debt-free, eliminating interest expenses. This shows up in the equity dividend, which has tripled since 2005-06.

Britannia has so far kept pace with consumption growth in India despite rising competition in its core business of cookies and confectionaries. In the last five years, Britannia's revenues (on consolidated basis) have grown at a compounded annual rate of 17.3 per cent while operating profit and net profit grew at 11.4 per cent and 43.3 per cent, respectively.

"Britannia is in a cash-rich business and has the ability to generate significant cash flow for the group, given the growth potential in the packaged food business in India. It is already the largest dividend-payer in the group and this could rise further as its revenues and profitability rise,â€ says G Chokkalingam, founder and chief executive, Equinomics Research and Advisory.

According to analysts, Britannia's growth helps the group in two ways. It can pay higher dividends to the holding company, which can then be used to invest in other group companies or launch new ventures. Second, Bombay Burmah can raise debt by leveraging the market capitalisation of Britannia. This is how the Indian information technology (IT) leader, Tata Consultancy Services (TCS), helped the Tatas fund the ambitious growth plans of key group companies, including Tata Steel, Tata Motors, Tata Power and Indian Hotels. In the past five years, the dividend income from TCS has accounted for around 59 per cent of Tata Sons' total revenue. Besides, Tata Sons has occasionally pledged TCS shares as collateral to raise debt to fund the group's expansion plans.

The same script is playing out at the Wadias, though on a smaller scale. In the last five years, Britannia's dividend outgo has grown at a compounded annual rate of 18.8 per cent and the company accounted for two-thirds of the combined dividend payout by all Wadia group companies in 2012-13.

Analysts, however, say the Wadias' relatively low stake in Britannia (50.75 per cent at the end of December) and its small dividend pot limits the headroom. "At around Rs 50 crore, Bombay Burmah's dividend income from Britannia is small compared to what large business groups earn from their flagship companies. A relatively low promoter holding also reduces Bombay Burmah's flexibility to leverage Britannia's market capitalisation,â€ says Chokkalingam. He compares it with TCS, 74 per cent owned by Tata Sons, which earned Rs 3,150 crore as dividend from the IT player in 2012-13.

Yet Britannia has a lot of headroom to grow, given the low reach of processed food and dairy products in India. "The processed food industry is set to explode as prosperity grows and more families move to urban areas. Britannia has been able to maintain its leadership of the biscuit market and its operating margin is on the upswing,â€ says Dhananjay Sinha, head of institutional research, Emkay Global Financial Services.

The low promoter holding can be easily side-stepped by letting Britannia seed new businesses using its free cash flows, like Grasim and the erstwhile Bajaj Auto (now Bajaj Holdings) have done for the Aditya Birla and Bajaj groups, respectively. Grasim Industries is the promoter and owner of Ultratech Cement, India's largest cement maker, and one of the co-promoters of Idea Cellular, India's third largest mobile operator. Bajaj Holdings, on the other hand, funded the group's diversification into insurance and financial services.

Few people, however, expect big moves by the Wadia. "The group missed out on all the growth opportunities in India in the last two decades. In the 1980s, Bombay Dyeing was synonymous with home textiles and was a pioneer in the ready-to-wear segment with its Vivaldi range of shirts and trousers for men. The company is now a marginal player in both segments. The promoters have repeatedly failed to display a vision for the future,â€ says an analyst on the condition of anonymity. Britannia, in contrast, prospered due to its professional management and its multinational culture.

Others see a danger from cash-burning businesses such as airlines and real estate that may undo Britannia's good work. "Real estate will require a constant cash infusion to scale it to the level of the market leaders. All domestic airlines are bleeding and it is tough to expand in such as environment,â€ says Chokkalingam.

Analysts would want to see the Wadias spend time and resources on expanding the group's traditional businesses such as home textiles, beverages and chemicals, where the group has a chance to emerge as market leaders without burning a hole in the pocket.

Others expect the group to unlock value by untangling the cross-holdings in various listed companies. Bombay Burmah, for instance, has a nearly 15 per cent stake in Bombay Dyeing besides owning Britannia. The company's market capitalisation is, however, a fraction of the market value of its investments. At current stock prices, Bombay Burmah's stake in Britannia and Bombay Dyeing is valued at around Rs 5,000 crore against its current market capitalisation of Rs 672 crore. Experts attribute the discount to Britannia being a step-up subsidiary and Bombay Burmah's reluctance to consolidate Britannia's numbers in its results on a quarterly basis like other conglomerates do.

"The Wadias need to be more transparent about their various business so that shareholders have full visibility about their performance. Besides, they need to bring in more professionals and give them the freedom and resources to scale up the respective businesses,â€ says an analyst on condition of anonymity.
Tags : Britannia Industries Wadia Group Bombay Dyeing Bombay Burmah Go Airlines and National Peroxide Arvind Singhal Technopak Advisors G Chokkalingam founder and chief executive Equinomics Research and Advisory Dhananjay Sinha Emkay Global Financial Services Aditya Birla Bajaj Groups Grasim Industries Ultratech Cement Idea Cellular
Advertisement