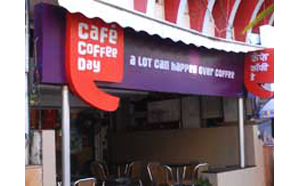 Even as Starbucks rapidly increases its presence in key metros in India, Cafe Coffee Day (CCD), India's largest coffee chain, is close to firming up its overseas expansion plans. The chain which a small presence in western Europe, is understood to have firmed up plans for South East Asia. And for the first time in its 17-year operation, CCD may go in for the franchisee route.


Senior CCD officials indicate that they should be announcing operations in South East Asia during next financial year and they are in advanced talks with potential partners for the foray. CCD has been looking to enter South East Asia for a while now and the V G Siddhartha-led company seems to have finally worked out the modalities.

"While we are actively considering expanding through franchisees, we however have not ruled out our direct presence. The thought process is that, if we align with a local franchisee partner, we may have a deeper understanding of the customer preferences in the local markets and a whole host of 'route-to-market' strategies," a senior official of CCD says.

CCD is a part of India's largest coffee conglomerate, Amalgamated Bean Coffee Trading Company Ltd. (ABCTCL), the first to roll out the 'coffee bar' concept in India with its a cafe in Bangalore. CCD serves the coffee it grows on 13,000 acre at its own estates plus another 7,000 acre of managed estates. The group also sources coffee from 11,000 small growers, making its holder the largest individual coffee plantation owner in Asia, in addition to being India's only vertically-integrated (from farm to the coffee cup) coffee company.

Indian restaurant companies are looking beyond their shores, to enter markets such as West Asia, UK and US besides South East Asia, to expand. CCD already has a presence in Austria and Czech Republic with 16 stores. It had entered the two countries by acquiring a local coffee chain Cafe Emporio in mid-2010.

In the last few years, these geographies have shown a great affinity for Indian cuisine. The popular chef, Jiggs Kalra-promoted Punjab Grill has been operating in Singapore for two years now and is set to expand. Gajalee- the popular seafood concept restaurant from Mumbai operates in Singapore and is one of the most sought-after destinations for Indian food there.

Tarun Jain, vice-president, food services at Technopak Advisors says that South East Asia has a much stronger culture of eating out, with higher number of meals being consumed outside the house, compared to India. "The eating hours extend from morning to late-night, whereas in India the breakfast market is still in the early stages and most eateries are shut by midnight. This leads to great opportunities for food-service operators and a higher rate of return-visits," he says. The Indian diaspora also forms a ready market to tap into.

The only catch Jain says, "The most important thing is to find a local partner and a strong management team willing to not only invest in the brand but also provide the direction, support and leadership at the local level. While it is important to maintain authenticity of cuisine, there may still be a need to adjust the taste to make it acceptable to the local population."