Apart from Bengaluru, the German chain is learnt to be taking up stores that were earlier with Carrefour in Delhi and Meerut 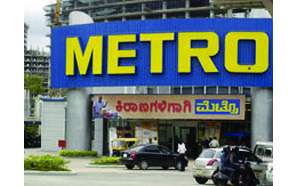 The fourth Bengaluru store of Metro Cash & Carry will be the one that was operated by French chain Carrefour till recently. German group Metro has already announced its fourth store in Bengaluru, expected to open June-July. Currently, Metro has 17 wholesale stores in the country.

Apart from Bengaluru, the German chain is learnt to be taking up stores in Delhi and Meerut, that were with Carrefour. The Delhi store will be the second for Metro in the city. The stores will be on lease. The company did not comment.

American chain Walmart, which too is in the wholesale business in India, is believed to be taking up Carrefour stores in Jaipur and Agra. Walmart has 20 stores in India and is planning expansion now after two years.

Metro is the foreign retail chain to have entered India. It began in 2003, but expanded slowly till competition quickened the pace of operation. Metro's third outlet was opened in December 2013 - 10 years after the first.

Its stores are located in Bengaluru, Hyderabad, Mumbai, New Delhi, Kolkata, Ludhiana, Jaipur, Jalandhar, Zirakpur, Amritsar, Vijayawada and Indore. Overall, it runs 750 stores across 26 countries. In 2013-14, the country had sales of ^31 billion.