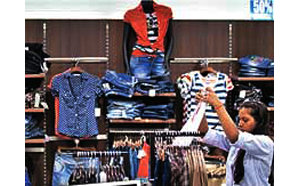 At a recent meeting, a committee of Union ministers discussed liberalising trade in the country, in sync with the Centre's move to open the multi-brand retail segment. The meeting took up a proposal to set up a regulator for the organised retail trade and put in place adequate safeguards to protect the interest of small traders.

No decision, however, was taken at the meeting.

The panel will also consider bringing about changes in a host of legislation on internal trade, including the Shops and Establishment Acts and Essential Commodities Act, to facilitate the smooth movement of goods within India.

The committee is headed by Consumer Affairs Minister K V Thomas and includes a host of ministers and officials from the departments of agriculture and finance, the Planning Commission and state governments. It is expected to present a report in the next six months.

The committee was constituted as part of a 2012 Union Cabinet decision to allow 51 per cent foreign direct investment (FDI) into multi-brand retailing. However, the decision was subject to approval by state governments. All governments ruled by the Congress favoured the decision. However, Rajasthan and Delhi, which saw changes in regimes recently, cancelled the decisions taken by their respective previous governments.

The new governments of Delhi and Rajasthan had cited the issue of protection of small traders for the reversal of their decisions. Officials, however, said studies by various research agencies showed in any particular area, only 4.2 per cent of small and unorganised retailers were forced to shut their business after the advent of organised retail. Studies show retailing contributes 10-12 per cent to India's gross domestic product.

A single proposal for FDI in multi-brand retail (Tesco's) has been recorded.

Officials in the know said the finance ministry had proposed central legislation to regulate agriculture commodity markets in India, and this would also be considered by the committee at subsequent meetings. "A proposal to have a regulatory framework for e-commerce and online retailers such as Flipkart and eBay might also be considered in due course," the official said.

He added though the Agricultural Produce Marketing Committee (APMC) Act was in place to regulate agricultural markets, it had led to cartelisation and price distortion by licensed commission agents.