Globally, the fashion major is overhauling the way it manages its brand. What is its story in India? 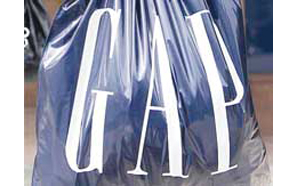 As GAP struggles with flailing customer loyalty in markets across the world, it is looking to script a new story in India. It has opened its first store in India in partnership with Arvind Lifestyle, five years after rival Zara did and a few weeks before H&M announced its plans. The combine has said that it will invest Rs 400 crore in 40 stores over the next five years.

Internationally it has been a rough ride for GAP. Its eponymous brand sales fell last year. Sister chain, Banana Republic, had a flat sales line. Only Old Navy, the value brand saw a five per cent jump in sales. GAP has drawn flak from global media and the analysts' community for diving headlong into an ambitious expansion plan for Asia even as its brands lose their cool quotient back home.

However the company is undeterred. It has 100 stores in China and last month, it opened shop in New Delhi's Citywalk Mall, right above that of its rival, the Spanish fashion clothier Zara. Oliver Kaye, business head-GAP India, Arvind Lifestyle Brands, says, "We believe that we have a great offering with our core denim category which forms the heart of the brand. Going by what we've seen over the last few days from customer's shopping, this meets our expectations." Under the franchise arrangement that the two have drawn up, Arvind will invest in infrastructure and GAP will provide support in terms of brand name, merchandise, layouts and so on. To begin with, only the Gap line of products will be brought in and a decision on other brands will be taken later.

Apart from denim, "the second category which will be driving sales for us is kids and baby since there's a lacuna in the marketing for good products at the right prices," says Kaye. Hoping to leap ahead of its competitors, despite a late start, GAP plans to focus on tier one cities in India, at least to begin with. J Suresh, managing director of Arvind Lifestyle Brands, says "GAP will retain its premium positioning in India and a buyer will find the same stuff here as she may get in a New York or London store." Devangshu Dutta, chief executive of Third Eyesight says brand awareness and brand desirability are the foremost things for a premium brand to be successful in India. Zara, GAP and H&M are the brands which were popular even before they set up shop in India.

GAP hopes to cash in on the latent awareness the Indian buyer has about its brands. The Indian merchandise will be priced on the same lines as the US one which positions GAP as a premium category brand. Suresh says, "Pricing will be similar to home market though slightly lower given the Indian consumer." A GAP shirt will cost between Rs 2400 to Rs 3300 piece as compared to Arrow which costs around Rs 1900.

How does GAP view the Indian market? "There is big appeal for American fashion and lifestyle which is aspirational," says Suresh. The brand is also banking heavily on Bollywood which has shown a penchant for its brands - recently Kangana Ranaut was seen sporting a GAP T-shirt in the recently released Tanu weds Manu and Shah Rukh Khan has been seen wearing the brand in several films. GAP does not pay to be starred in films, however, the company says. "Shahrukh Khan has played a critical role in driving awareness for the brand. This helped us in a way, as we saw customer reactions before the brand launched. So I'd say it does help us though we don't think we can attribute a number at this stage" Kaye adds

Arvind will source the merchandise from GAP's global sourcing to which they will have a direct access. It is also planning to launch GAP on Arvind's e-commerce platform by November this year. "We will not offer discounts. We will compete with e-commerce portals with our brands and merchandise," Suresh says.

GAP's Spanish rival Zara, which is in joint venture with Tata's Trent, has grown pretty strong in the country while Swedish retailer H&M is in the process of setting up stores. Another rival Uniqlo of Japan is contemplating its entry into the Indian market. Many believe that one big mistake that luxury clothing brands make in India is pricing.

According to Prashant Agarwal, joint managing director of Wazir Advisors, "If you are only premium, market shrinks. There are people who are ready to pay Rs 2400 to Rs 3300 for a shirt. But it will leave out many shoppers," Agarwal says, citing the example of Zara which has launched products in the price range of Rs 1200 to Rs 3000.

Devangshu Datta says that brands such as GAP and Zara and others, if they consider India as a strategic market, then they should produce India-specific products. "There is an advantage for GAP that it has a manufacturing base in and around India," he says. That is a call the company may have to take soon. 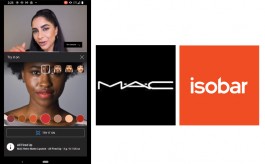 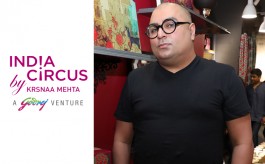