Login
Home » News » Retail » Grocery to be next gateway for Paytm

Grocery to be next gateway for Paytm 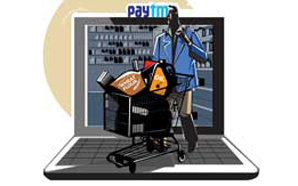 Alibaba-backed payment platform Paytm is set to enter the online grocery market under a new business vertical to be headquartered in Bengaluru. The development, at a time when domestic e-commerce giant Flipkart is also preparing to start grocery retailing, a space currently dominated by small and mid-sized players, suggests investors and analysts are viewing grocery as the next big growth avenue in e-commerce.

Through affiliate Ant Financial Services, Chinese e-commerce giant Alibaba is infusing $575 million in Paytm, whose wallet user base recently touched 50 million. Paytm is going to use part of the fresh funding for its foray into the new business of grocery retailing.

Paytm's grocery segment, initially with a team of about 20, is likely to begin operations soon. Online grocery is expected to help boost its transaction rates and customer acquisition, both important benchmarks for investors at the time of valuing a company for fresh funding.

"We want to build the whole ecosystem. We have been working on this for the past four to five months and the beta run of our separate app, for grocery business, is underway," Vijay Shekhar Sharma, founder and chief executive of One97 Communications, which runs Paytm, told Business Standard.

Valued at about $1.5 billion, Paytm will have direct competition in the space from the likes of Flipkart, as well as niche players like Big Basket, ZopNow and Local Baniya.

Retail consultancy Technopak estimates online grocery business to grow at a rate of 25-30 per cent in major cities of India. Given that online grocery is emerging as one of the fastest-growing verticals in the retail business, a lot of other mid- and small-sized companies are expected to join the space in the coming weeks, say industry sources.

Amazon and Snapdeal will also have presence in the segment. In fact, Amazon recently launched an express-delivery platform under a 'Kirana Now' service in partnership with local mom-and-pop stores. The American e-commerce giant is learnt to be running a pilot in Bengaluru at present.

Experts, though have some fears around the online grocery business, despite the immense growth potential it holds. Supply chain part of groceries, they say, is very complex; it has to be built in one city at a time. That is why a lot of companies run pilots in select cities and gradually roll out services nationally, they explain. High-end IT infrastructure, cost management and efficient delivery systems are some of the other tricky areas in this business.