It has a big portfolio of international designers & brands, which will now be part of Myntra after Tuesday's acquisition 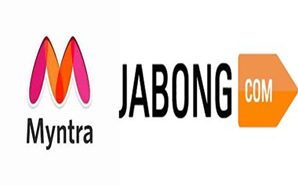 A team headed by Myntra's Chief Executive Officer Ananth Narayanan on Wednesday brainstormed with Jabong's bosses on how to remain the dominant online fashion player in India.

Jabong has a big portfolio of international designers and brands, which will now be part of Myntra after Tuesday's acquisition.

Sources said Myntra might use Jabong for designer products to differentiate the two fashion portals. "There are many things that can be done. It will take us a couple of weeks to figure out, but we think it will be a game changer for the sector,â€ said another Jabong executive.

Myntra might also plan a slew of exclusive designer launches on Jabong as well as launch a new advertisement campaign soon, sources said.

Flipkart, which had earlier bought Myntra, has managed to wipe out the competition in online fashion with its acquisition of Jabong and its 8 million customers. Some of Jabong's staff may be shifted to Myntra, though no decision has been taken yet. In an email to Flipkart employees, co-founder Binny Bansal said,

"Myntra and Jabong are all set to define the next generation of online shopping. Some of the most iconic global brands that will be exclusive to both platforms include Dorothy Perkins, Topshop, Tom Tailor, G Raw Star, Bugatti Shoes, The North Face, Forever 21, Swarovski, Timberland and Lacoste.â€

Sources said Myntra might now offer fewer discounts. "They have the competition in the pocket. They do not need deep discounting anymore. There will be sanity in online fashion now,â€ said an analyst at a consultancy firm.
Tags : Jabong Myntra Ananth Narayanan Acquisition Online Fashion Player Flipkart Binny Bansal
Advertisement