The cola major hopes to break into new categories, but faces a stiff fight from dairy and non-cola brands such as Amul, Dabur and Paper Boat 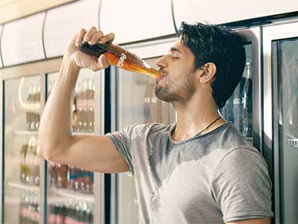 When Coke announced the launch of its flavoured milk brand, VIO, many expected a marketing blitzkrieg of sorts, as it did for its green mango Fanta, targeted at typically Indian palates. But, both brands have moved in to shop shelves without much fuss; a far cry from the high decibel advertising the company usually indulges in, in the country.

Is Coke wary, given the tepid reaction to VIO in international markets and the hue and cry that Coke fans raise when the brand does anything new? Or is it just smart marketing strategy?

The company does not take either view. For one, it is not keen to compare its strategies in other markets with India. What it does say is that dairy, is the next growth pillar after sparkling, water and juices. "We aim to build higher brand recall and awareness. This will be followed by a strong communication plan which includes digital and print campaigns. We expect VIO to set the trend in making out of home, on-the-go milk consumption in vogue for consumers for different age groups across the social strata," said a Coca-Cola spokesperson.

The introduction of the two new products is also an indication of the increasing importance of India as a market. From 19 in 2006, on Coke's list of markets ranked by size, India has moved to sixth spot. No doubt, the company wants to leave no stone unturned when it comes to wooing the Indian customer.

The cold beverages market in India is valued at Rs 50,000-60,000 crore while the fruit juice market is about Rs 8,000 crore according to industry estimates. It has seen a spate of new brands and new launches from old brands. Dabur and Pepsi's Tropicana have come up with a slew of flavours and Paper Boat, one of the most recent entrants into the category, has been disruptive with its products, packaging and marketing strategies.

Milk beverages, on the other hand, is a niche market, but shows great growth potential. It is currently estimated to be a Rs 1,500-1,600 crore market. "Flavoured milk is the next big milk beverage category globally only after fresh milk," says S Misra, founder of Milk Mantra, which churns out milk beverages under the MooShake brand.

Industry experts say that milk beverages could grow into a billion dollar category over the next five to seven years at the current growth rate of 25-30 per cent as more discerning consumers increasingly prefer healthier on-the-go drink options compared to traditional soda.

Coke is, thus, rooting for this segment. A Coca Cola spokesperson said, "Dairy is a category, which is firmly rooted in Indian tradition and enjoyed greatly by consumers. The company's intent is to make VIO easily accessible to the consumer." When it was launched, the product was first made available exclusively across 500 Reliance Retail outlets across the country primarily as part of the Republic Day 'Big Day' extravaganza. "Reliance Retail also set up special 'VIO Dairy Zones' across 9 stores," says a company spokesperson. VIO today is available in all major retail outlets and Coke has come out with Indian flavours such as saffron, pistachio and almond.

Catering to the health-conscious

VIO and mango flavoured Fanta have been developed at Coca-Cola India's research and development (R&D) centre in Gurgaon with inputs from the R&D centres in Atlanta and Shanghai. Many see these brands as an attempt to position the umbrella brand Coca Cola as a total beverages player and not just an aerated drink.

With VIO, Coke is clearly trying to position it as a healthy drink as it claims that the product contains no preservatives and promises. Further, the company has priced it competitively at Rs 25 for a 200ml pack. Vadilal's managing director Rajesh Gandhi, which sells flavoured milk under the Power Sip brand, said, "It is always good for the consumers when new players enter a segment, as increased competition means they have more choice. Also, when someone with the distribution might of Coca Cola enters the milk beverages segment, it would only expand the market in India." Gandhi added that as Coca Cola would promote its new brand through its above-the-line (ATL) and below-the-line (BTL) promotions, it would create more consumer awareness and demand for the category on the whole.

Coke has been pushing the ball in its non-aerated beverages category for some time now, as the overall consumer preference (at least in urban pockets) has been towards non-soda drinks. Soda, across the globe, has come to be associated with an unhealthy positioning, and sales have dipped in one of its biggest markets, the US. While Coke did not wish to share the details of its revenue share from the aerated drinks and other non-aerated beverages, analysts feel the growth rate of aerated beverages has definitely come down for Coke.

Coke's focus on non-aerated beverages is evident from the fact that the company recently announced its intentions to make Maaza - the country's largest mango beverage - the world's first billion-dollar juice brand (in retail sales) from India. The resource infusion behind Maaza is a part of the $5 billion investment plan of The Coca-Cola Company and its bottlers in India, between 2012 and 2020.
Tags : Coke Amul Dabur Paper Boat Pepsi Tropicana Mooshake Brand Fanta Maaza Management Marketing
Advertisement