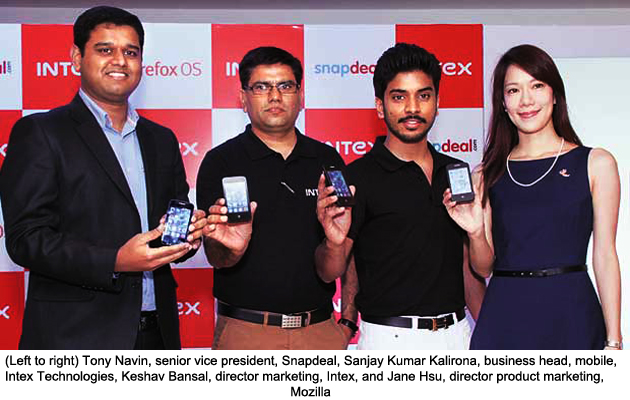 Home-grown handset maker Intex Technologies on Monday announced the launch of the world's cheapest smart phone at Rs 1,999, narrowing down the price difference between smart phones and feature phones to about Rs 1,000.

This could be a good reason for entry-level handset buyers to migrate to smart devices, which could eventually wipe out feature phones from the market.

While Android helped handset makers to bring down process of smart phones drastically, nobody was able to bring down the prices to a level. Intex, one of the first movers to tie up with Firefox, which is not even a year-old as a mobile platform, has developed the ultra low-cost smart phone - Intex Could Fx - which could be the best bet for the mass to access internet.

The Intex Cloud FX phone will run Mozilla's Firefox operating system and offer games and other content through its applications store.
"Our target is to get basic feature phone users to migrate to smart phones. These consumers want to use smart phone, but the price remains the barrier. This device, along with the upcoming lot by different Indian handset makers, would make that a reality,â€ said Jane Hsu, director (product marketing and go-to-market, mobile devices) at Mozilla Corporation. 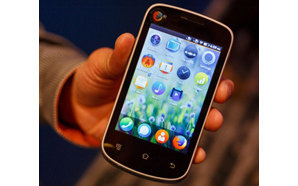 Spice has also announced its Firefox-powered smart phone to be priced at Rs 2,299. "More to follow over the next couple of months, we have already entered into arrangements with almost all the local handset makers in India," said Hsu.

However, the price could have been much lower. Firefox had actually said it has been working on smart phones to be priced at $25 (around Rs 1,500). "The development cost of the device is still much lower then $25. But the retail price has gone up because of other factors like duties and taxes," said Hsu.

On the other hand, Intex would be selling the handsets through Snapdeal, the e-commerce route that would keep distribution and marketing costs under control, and offline retailing is not "foreseeable" in the near future. So, limited target buyers. But, Keshav Bansal, director marketing at Intex Technologies, said Snapdeal would take the product to around 400 towns, especially the tier-II and tier-III towns. The company, he said, is hopeful of selling half a million units this year.

On the other hand, Hsu said the youngest mobile platform developer would not like to stay restricted. "We'll have Firefox smart phones selling across all channels," she added.

Globally, sale of feature phones is shrinking fast. But, more than 70 per cent of India's total 250 million-unit handset market is still feature phones, according to International Data Corporation (IDC). Feature phones in India had close 90 per cent share even a couple of years ago.

At present, entry-level Android smart phones are available upwards of Rs 3,000 and there are smart feature phones like Nokia Asha (on Windows) and Samsung's Rex priced above Rs 3,000.

By 2018, when IDC expects the handset market to touch 1.8 billion units, t basic cell phone (feature phone) globally would have at least 22 per cent share while the remaining 78 per cent would be smart phones.

For Firefox, this is the first the ultra-low cost model in the world and the first in Asia. Hsu, however, is targeting to tap the entire south-east Asian, Africa and Russia for ultra low-cost smart phones by end of this calendar year. "We will have new tie-ups, and the existing ones who have presence in these countries, will help us capturing the market," she added.