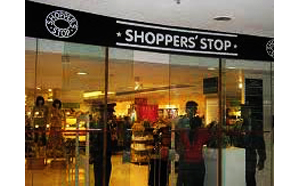 Prompted by tepid festival turnover, fashion brands and have advanced their end-season


Raheja-owned , which normally starts its discounted sale after other brands, did so from Saturday. Managing Director Govind Shrikhande said the chain had advanced the sale by a week in Mumbai and Chennai, not in all locations.

Last year, Shoppers Stop had started its sale in Chennai and Bangalore on January 12.

"Competion was doing it. We thought we should do the sale along with the competition," said Shrikhande.

, the department store chain of the Dubai-based Landmark group, also started the end-season sale on Saturday. Last year, it had done so on January 10.

said lower than expected sales were the main reason. "Retailers did not have a promising November and December. Everyone went for sales from January 1," said Nirzar Jain, vice-president at Oberoi Mall here. Added Anupam T, chief executive, malls, at the Runwal group: "In the past five years, the cycle has moved ahead by 15 days. If you take last year, it has moved by 10 days."

Retailers say it makes sense to go on the discounted sale at the same time, than doing so at different dates.

"All the big chains deal with the same set of brands and retail a large number of private brands. There is an unwritten agreement among retailers that we need to do the sale together and end it together," said Rajesh Seth, vice-president, sales, at Central, the chain run by Future group. "Everybody wants to catch their customers early. Slower sales in the past few quarters is also a factor," said a top executive from a Mumbai-based chain.

The discounted sale of most brands is expected to go on for one-and-a-half months. Seth said though were not as buoyant as expected for retailers, Central had seen a 50 per cent jump during the preview sale for loyalty card members.