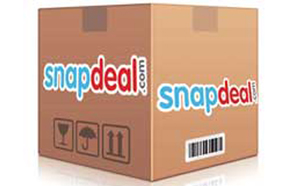 Online marketplace Snapdeal saw about 10-fold growth in order volumes as on Monday, said Rahul Taneja, vice-president, category Development at Snapdeal. Smaller cities contributed to the sales with close to 60 per cent coming from tier-II and -III cities during last week's sales. Snapdeal got than five million new downloads during the same period.

The increased smartphone sales also helped Snapdeal to better its figures this year. "We peaked at 17 times compared to a usual business day on October 12 during the electronics Monday sales day last week,â€ said Taneja. Snapdeal had begun its Diwali sales on September 28 and is running it till Diwali. It also has a segment specific sale every Monday till Diwali.

It shipped close to six million orders so far during the sales, where the major contributor was electronics.

About 40 per cent of the retail sales happen in India during the festive season that begins with Diwali and continues till Christmas. This period sets new base levels in sales for the next year. "Every year, Diwali traffic goes up by a few hundred thousands. What's surprising is that the traffic does not go back to the previous rates in the week after Diwali. And the new figure becomes the base for the next year," Chief Product Officer Anand Chandrasekaran said.

Additionally, Bengaluru has emerged as the top in-demand city for Snapdeal backed by a significant increase in traffic from South India. The city was ranked number three in terms of demand last year for the e-retailer. Interestingly, Snapdeal's rival Flipkart is based out of Bengaluru. On Monday, when the etailer ran the Diwali sales on home dÃ©cor, furniture and furnishing emerged as the most popular categories. The same day saw as many as 72 products ordered every minute from tier-II,-III cities.

Snapdeal's FreeCharge acquisition early this year also proved to be a fruitful partnership. "About 92 per cent of customers that come via Freecharge are new to us,â€ said Taneja. The average ticket size soared three times during the period after September 28 as opposed to a normal day. The company declined to give the comparative figure.

Snapdeal over the last six months has been strengthening its supply chain. Also it has made sure that its technology platform is geared to handle traffic surges without any delays or glitches.

The company that claims close to zero downtime both on its web as well as mobile platforms said its investment over the year in building the technology and logistics team have changed the game this Diwali season. "Over the last one year, we had invested heavily on the technology infrastructure. We have been able to scaling up the platform to serve 20 times the traffic from what we were handing during the peak sales time last year, which was the Diwali sales period. The technology team is two fold of what it was last year,â€ Taneja added. Snapdeal had entered into a strategic partnership with GoJavas in March and had recently increased its stake in logistics and delivery firm GoJavas by investing about Rs 120 crore. Snapdeal serves about 977 cities and towns.
Tags : Snapdeal E-commerce Smartphones Rahul Taneja Diwali Electronics Monday Freecharge Flipkart Gojavas Companies News
Advertisement