To increase the market presence, Sony plans to raise retail outlets from the current 8,000 to 12,000 outlets this year 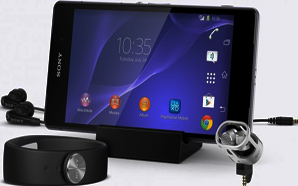 Consumer electronics major Sony expects a two-fold jump in revenues from handset sales to around Rs 5,500 crore in the current fiscal year, up from the last year's Rs 3,000 crore.

Rai was speaking to the mediapersons during the launch of the company's premium smartphone Xperia Z2 priced Rs 49,990, in Chennai.

To increase the market presence, Sony would raise retail outlets from the current 8,000 to 12,000 outlets this year. It would also increase its brand promotion spends from the last year's Rs 300 crore to around Rs 350 crore this year, covering all media. Sony announced it is offering a Rs 5,990 worth smart wristband and a premium phone case worth Rs 2,990 along with the newly launched model.