Marketing strategies must be customised to individual market segments at different tiers within the larger markets. 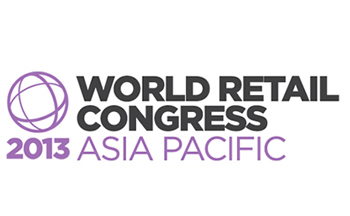 The third World Retail Congress Asia Pacific discussed the potential of the emerging Asian markets of China and Indonesia for a new phase of growth. Retailers gave their insights into China's growth and the aspirations of its population. Chinese jewellery brand Chow Tai Fook's Managing Director, Kent Wong mentioned how the Chinese market is transforming as he stated "The Chinese dream is simple. We want a better life, better livelihood. Customers' needs and wants are changing, disposable income is increasing, the middle class is growing, and urbanisation is rapid.â€
Further on the same note, Colin Currie, MD for Adidas Group, said "By 2025, China will build ten New Yorks. The Chinese consumer has been fast-tracked. Our consumer in 2013 is decades more sophisticated than they were in 2005. From Shanghai to Yunnan, the Chinese consumer is thirsty for everything their parents never had.â€ The key area of interest to retailers is the impact of China's leadership transition. Wal-Mart Asia's Chief Executive, Scott Price commented, "There is a definite tone change - the leadership's priority, is no longer growth at any cost. There is a clear focus on reducing the amount of social conflict caused by conspicuous consumption.â€ Xu Sitao, Director of Global Forecasting for China also said, "I have very high hopes for the new leadership. I think they are extraordinary people and very wise. Assuming that the leadership is serious about re-balancing the economy, it will allow consumers a greater degree of freedom.â€
The shift in growth from the east coast of China to more challenging markets in its western cities has been highlighted by the speakers. According to Adidas, small, lower-tier cities will represent 60% of overall growth in the China fashion market. About 45% of consumers in these cities will be middle class by 2020. Currie said, "China is one market, but two worlds, split between lower and higher-tier cities. In more sophisticated cities, we are defending our market share. In lower-tier cities, it is all about opening new stores. The youth market is similarly segmented - for higher-tier youth, buying decisions are about individuality: they do not want to follow the herd.  At the lower tiers, it is about belonging, about becoming cool.â€
Speaking on Indonesia market it has been revealed that Modern Putra Indonesia / 7 Eleven has plans to open 120 new well-equipped convenience stores this year in Indonesia. Their President -Director, Henri Honoris, said, "In Indonesia, the growth rate of convenience stores has never been greater. Indonesia is experiencing growth on steroids.â€ The future is also bright for international brands wanting to enter the Indonesian market, with high international brand awareness among Indonesian consumers. However, Honoris pointed out, it is essential to localise the international product portfolio, and to seek local partners. "With a population of 240 million, so many races and five different religions it is very difficult for one type of operator to cover the whole of Indonesia.â€
The evolving role of technology in the retail market was a key theme throughout the Congress. Honoris said, "Indonesia's exponential growth can no longer be managed manually. Technology is not an option any more, it is mandatory. Therefore, we empower the front end of our stores, as well as mature the supply chain.â€
The potential of mobile commerce (m-commerce) to surpass electronic commerce (e-commerce) was identified as a central trend. Anand J Mehta, Director of Retail Industry SEA at Motorola Solutions, remarked, "The landscape is rapidly migrating from electronic to mobile commerce. This will be absolutely huge in Indonesia. Consumers are not buying laptops because affordability is an issue. If they have a dollar to spend on a device, they will spend it on a mobile.â€ He added further, "The new consumer will be driven by personalisation - retailers have to develop channels to deliver individual experiences within the same store or inventory of goods, and through the individual's preferred media.â€
Tags : World Retail Congress Asia Pacific
Advertisement