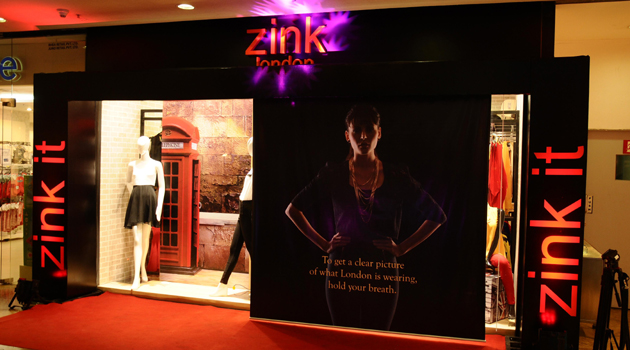 Zink London, a ready to wear fashion women's brand which unveiled its first flagship store in Kolkata few months back, has announced their retail expansion plans along with their festive collection launch prior to Durga Puja.

Zink London's festive collection plugs a defined gap in western-style women's wear with its handpicked bouquet of cutting-edge fashion. It draws inspiration from the iconic runways of Milan, Paris, London and New York. The'Zink London' line of festive women's wear is now available at 90 shop-in-shops (S-i-S) across the country, in Shoppers Stop and Pantaloons and online at Jabong and Myntra.

Speaking on the occasion, Vivek Goyal, Director of Zink London, said, "The festive collection includes styles that are very modern and abreast with the world's fashion scene. The collection has been made keeping in mind the woman of today who looks for value for money and comfort in the growing, dynamic world of fashion. We have specially designed this festive collection for Kolkata and East region.â€

Further, on the expansion plans, Goyal shares that the brand's India operations being headquartered in Kolkata, it is getting a huge response and receives the maximum share of business from the Eastern market. "In terms of expansion we are looking at opening 25 EBOs across India by 2015. Also, through the S-i-S model we are present in 100 stores and we further want to expand that with 100 more S-i-S within 2015. We aim to invest Rs 100 crore in the business by next year.â€

The brand is looking at opening a store in Bhubaneswar and another in Kolkata at a high-end mall to reach out to its more potential customers. The rest of the stores will be located in metros and 50 per cent of it in the B towns. Goyal says, "The tier I and II cities are doing extremely well for us as we are there through S-i-S. Perhaps this is the reason we are planning to open a good number of flagship stores in those B Towns. In the North and West we have decided to open stores in those towns but in the South we have shortlisted two metros - Hyderabad and Bangalore. The purchase power in cities like Lucknow and Indore is very promising, so we aim to reach there with our EBOs and also our stores will be much large than the present flagship store of Kolkata; but the look and feel will be the same for all. In the S-i-S model we are regularly expanding our reach through Shopper Stop and Pantaloons. We are also in talks to introduce our collection at Westside and Lifestyle.â€

The brand will also launch its collection on popular e-commerce sites like Amazon and Flipkart.