Sans Souci has launched what it calls Vice Versa,  which it says is inspired by contrast and inversion, and showcases a combination of deep gold colour, imprints and transparent sections. Czech designer and producer Sans Souci, known for creating tailor-made decorative lighting fixtures, glass objects and architecture features for projects around the world, has launched Vice Versa, that it describes as a “complex masterpiece built on contrast.” The company informs that inspired by contrast and inversion, Vice Versa showcases a combination of a deep gold colour, imprints and transparent sections that makes a bold statement in every interior. The company adds it has also introduced a contrast of various technologies that not only lead to an eye-catching light, but make Vice Versa versatile too.

Vice Versa by Jiri Krisica is available in different sizes and formations and can also be fashioned like a grand curtain or a partition, adding to the  effect. 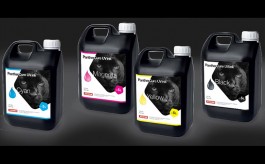