A bright yellow coloured bungalow opens up to a rich collection of artistic murals and furniture, laced by the smell of coffee and wood fired pizzas, brimming with lively conversations of art enthusiasts and food lovers. 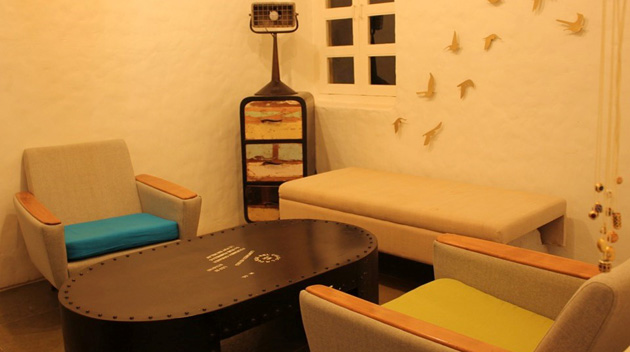 The Project CafÃ© in Ahmedabad, started by vivacious entrepreneur Drasty Shah, is anything but conventional.  "I wanted art to be the centre of my concept,â€ she says. "But importantly I want art to be more functional, more connected to people.â€ This idea gave birth to an innovative concept. A modern place that was a perfect mix of four different joints: an art gallery, a lifestyle store, a museum and of course a cafe. And after that there was no looking back.

Designers Harsha Mistry, Keta Shah and Varun Shah of Workshop Inc. took up the challenge of converting a rustic half-century old bungalow into a modern cafe setting. Designer Harsha Mistry says, "We had to prepare a canvas for the artists. Every aspect of the cafe, be it the furniture or the drapery, even the crockery, was to be a work of art. So the interiors had to be in accordance with the theme and yet not overpowering.â€

Initially, the space was in ruins and not a single wall was symmetrical. The versatile designers took these flaws to their advantage and built a structure with white textured walls and dull rustic floor and ceiling. Also they added curved edges so that the whole bungalow was in continuum rather than defining different rooms or areas. Curating artwork was the next challenge facing their dream project. Drasty Shah recalls having a tough time persuading artists to create pieces that were not just beautiful but also could be utilised as a table or chair or footrest. Another aspect that did not go well with artists was the fact that their masterpieces would lie in the open where anyone could touch and feel them, with the risk of damage.

Overcoming such shortfalls, Shah managed to assimilate a beautiful collection of simple, albeit unconventional pieces. Artist Aashka Shah, of Make Art Happen has contributed with a'flying birds' wall piece which gained popularity and lead to many enquiries and quite a few orders. "It is a sort of quid pro quo situation,â€ comments Aashka, "The cafe helps market my brand and in return gets accounted to a part of my earnings.â€
Another artist, Heena Kokel of Clay Club believes that the cafe attracts clients that can appreciate works of a niche brand such as hers.

The one month old cafe is always brimming with activity. Drasty enthusiastically explains that now seeing the cafe, more clients enquire and more artists wish to display their work. She plans on replacing artwork every few months so people can always have something new to explore when they revisit. In the future, she wishes to work with more artists and get in investors and curators, all the while with a sole motive of bridging the gap between artists and their clients through The Project Cafe. 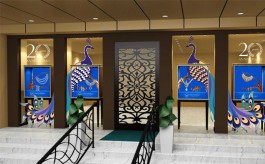 Design that radiates modernity in conventionalism 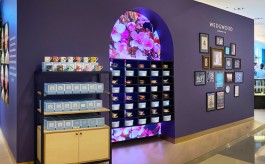 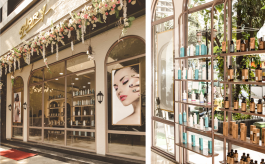 Awakening the glory of salon space