Bringing Adidas and Reebok together was the biggest change: Erick Haskell Erick Haskell, managing director, Adidas India, took charge in January last year, when the German sportswear maker was reeling under an investigation into financial irregularities at Reebok India. In an interview with Sudipto Dey, he shares the group's comeback strategy, lessons from the fraud and how it has changed operations.

How is Adidas India's comeback strategy shaping after the fraud at Reebok?

We have bounced back quickly and strongly. Honestly, when I think about it (the fraud), it seems like ancient history to me. We have achieved so much in the last 18 months and from a business and brands perspective, we are miles beyond this.

How has the business fared in the past 18 months?

Both brands (Reebok and Adidas) grew in the high double digits in 2013 and both are profitable. We are opening stores. We brought in new brand ambassadors for Adidas, even as we were celebrating the retirement of Sachin Tendulkar. We brought on Virat Kohli and Rohit Sharma.

For Reebok, while we have had Mahendra Singh Dhoni as brand ambassador for many years, we brought in Bollywood actors John Abraham and Nargis Fakhri on the fitness side. We are now at the point of seeing the fruits of that labour. The results have started coming in.

Could you take us through that strategy?

We were very successful in making it clear to consumers what each of the brands stand for. For instance, Adidas is known as the multi-sports specialist. We are focused on individual sports categories whether it is football, cricket or running. In Reebok, we strive to be the fitness brand for India. There we cater to fitness categories such as training, dance, aerobics. It is very much focused on individual fitness.

A lot of my time in the last 18 months has been spent on getting the products in the store with the right retail environment. Then we spent lot of time to get the right brand ambassadors. For instance, Virat Kohli is a very strong emblem of what the Adidas brand stands for. The timing was ideal.

With Sachin Tendulkar stepping out, we had Virat taking on that mantle that Sachin had for better part of 17 years. Sachin is still the Adidas brand ambassador but he has taken on a different role. He is mentoring many of our younger cricketers. We have twenty young cricketers on the Adidas side.

How have things changed at Adidas India from 2012 (when the company was hit by the fraud)?

For the first time, we are getting a lot of management leverage by overseeing both the brands. Historically, the brands were run somewhat separately â€” separate back office and teams. One of the first things I did was to bring the brands together to get more management efficiency. That probably is the single biggest change from a business standpoint.

How much impact did the fraud have on business and brand image?

I don't want to comment on the financial part. Hundreds of articles have been written about it and it is all out there to be seen. Our consumer research shows there was no impact on the brands. Consumers, by and large, disregarded this (the fraud). Even my business results show there was no impact.

There was a one-time (financial) impact to get through the crisis. But we bounced back very strongly. If I look at the nature of the business now and the loyalty of the consumers, I don't see any impact whatsoever.

Investigators had raised governance issues. Has the company taken cognisance of these concerns?

When I came in, I had to attend to some control issues. That was the first job I did. I put in place checks  and balances. What we have in the company now is world-class corporate governance. I don't have concerns that what happened in the past can be repeated.

What were the key lessons?

The investigation report also pointed to governance lapses at the headquarters. Has that been corrected?

The company itself was the victim. The company identified the problem and was the whistleblower. That was borne out by the report.

In fact, nobody on the executive board from the headquarters was charged in that report. That was the reflection of the reality of the case â€” that we were the victim, rectified any control issues locally and moved quickly to focus on the business.

So what are the business targets for year 2014?

Will it be fair to say that Adidas will now be the mother brand for the Group, driving the topline?

They are both growing at almost equal pace, and I won't call either of the brands as mother brand. We work very hard to get their positioning right - not only in India but globally. They are independent brands that represent different things to consumers.

How important would be the World Cup FIFA event in re-cooping market share in India?

It will be a massive event for us globally and we will celebrate it in a big way in India. I would not relate it to 2012 in anyway. Every four years for a brand like Adidas, whose heritage is in football, the World Cup is a massive event.

What is important in India context is that in 2014 - compared to previous years - you are seeing a rapidly growing interest in sports in general - be it through viewership or participation. We will not only do advertising campaigns and events around football, but also lot of grass root activation. There is an emerging sports culture in India, and we as a brand would like to be part of that growth.

How big a business opportunity is the World Cup for you?

Football, running, and the women's business are driving our business in India. Cricket will always be important in India, but we see people from viewership and participation stand point focusing on other sports - be it football or basketball. For Fifa World Cup we will be very active across all media- TV, print, and supported in a big way by digital. This will be the single biggest campaign that Adidas India has ever done.

Have you felt the impact of momentum loss in economy's growth in your business?

We haven't seen any slack in demand as in some other industries such as automobiles or luxury goods. We are fortunate to not experience any slowdown in overall demand for sportswear and sporting goods. The demographics of our industry are very supportive of growth. 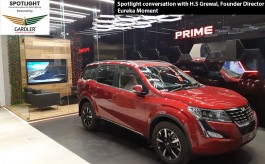 “Lighting is what enhances a space” 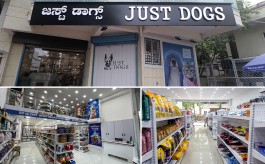 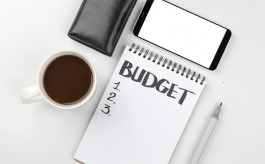