The India e-comm industry will reach US$99 billion by 2024 from US$ 30 billion in 2019, expanding at a 27% CAGR, with grocery and fashion/apparel likely to be the key drivers of incremental growth, according to a India Brand Equity Foundation (IBEF) report.

The Indian E-commerce industry has been on an upward growth trajectory and is expected to surpass the US to become the second largest E-commerce market in the world by 2034, posits the India Brand Equity Foundation (IBEF). “India e-commerce sector will reach US$99 billion by 2024 from US$ 30 billion in 2019, expanding at a 27% CAGR, with grocery and fashion/apparel likely to be the key drivers of incremental growth,” states an IBEF snapshot on E-commerce in India.

The snapshot suggests that as most Indians have started shopping online rather than stepping outside their houses, “the Indian e-commerce sector witnessed an increase. India's e-commerce festive sale season from October 15 to November 15 in 2020 recorded Rs 58,000 crore (US$ 8.3 billion) worth of gross sales for brands and sellers, up 65% from Rs 35,000 crore (US$ 5 billion) last year.

Much of the growth in the industry has been triggered by increasing internet and smartphone penetration. Internet penetration rate in India went up to nearly around 45% in 2021, from just about 4% in 2007. That is, nearly half of the population of 1.37 billion people have Internet access now. The country is second in the world in terms of active internet users.

Internet User Base in India

Smartphone User Base in India (in million)

The e-commerce space is thus spawning unicorns and big brands that are here to stay. These brands in turn are likely to be big ad spenders.

Today, some of those e-commerce players have attained lofty heights in business and are setting even higher growth goals. As a case in point, PayTM, India’s leading digital payments provider, is reportedly aiming to raise about Rs 21,800 crore ($3 billion) in an IPO.

It remains to be seen what all of this means for the retail solution providers and others in the retail eco-system who cater to the brick and mortar retailers. 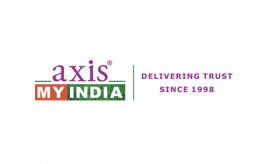 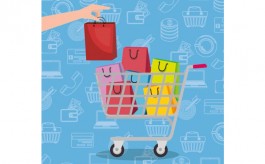