Just a missed call away

Want to reach even more consumers without spending a bomb? Leverage the missed call 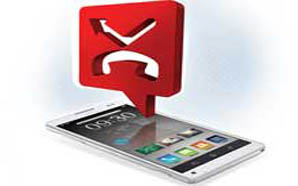 It is a regular weekday afternoon for Mumbai housewife Shilpi Lokhande. She is browsing through the family's favourite news daily for good deals. Two adverts catch her attention. The first one says customers are eligible for a 10 per cent cash back on the purchase of a Samsung Galaxy Grand 2 or Samsung Galaxy Grand Neo. But to find a store where the offer is available she has to drop a message at 56886 and for that premium SMS charges would apply. The next ad urges her to place a missed call on a certain number to download Amazon's mobile application. Lokhande, a very careful shopper, skims over the first one and places the missed call to receive an SMS with links to download Amazon's app.

Was that a big surprise? Not really. As customers tighten their fists amid a slowdown that shows little signs of letting up, marketers are rediscovering the power of the missed call to nudge them to make that purchase, to gain insights into their lives or simply to build one-on-one relationships with them. "Today's mobile interface is a mix of voice, text, WAP and apps and no marketer can ignore this reality if he wants to target better and improve engagement," says Valarie Rozycki Wagonor, CEO of Bangalore-based mobile marketing and analytics company, ZipDial.

In a value-led market, the relentless spread of mobile telephony has meant missed calls are ubiquitous. They could be a signal to announce one's arrival at a particular destination, a signal for the receiver to initiate an action, or anything else that can be comprehended by the sender and the receiver at any given point in time.

Now consider a few data points to get a sense of its potential. The latest data from Telecom Regulatory Authority of India (Trai) indicates there are around 772 million active mobile connections in India. Close to 96 per cent of this user base is of the pre-paid variety that uses missed calls the most, saving hundreds of rupees in monthly pay-outs.

If you are a brand owner, get this straight. The consumers has no big reason to pay for a call or an SMS just to initiate a conversation with your brand. Since smartphone penetration is still low in India - it is less than 20 per cent of the phone-using public - the starting point for any brand is to use voice and SMS as simply as possible.

Now come to the next decision: which code?

Any brand which wants to run mobile marketing campaigns needs to take a call between short codes and long codes. Short codes are five to six digit numbers (56886, 56677 etc) and long codes are 10 digit numbers (1800267777). A company can work with the different operators to get short codes on a revenue share arrangement. While the brand/company pockets 10-30 per cent of the call/SMS revenue generated by a short code, the carrier walks away with the lion's share. If a company is working with a leading operator such as an Airtel or a Vodafone, the cost of acquiring a short code number can be more than Rs 1 lakh per month. Premium call and SMS charges (Rs 3 to Rs 10) apply for short code numbers. Trai gives a free hand to operators to devise their own plans for short code numbers.

On their part, long code numbers (mobile or landline), for which standard call/SMS charges apply, are way cheaper to acquire and maintain. All one has to do is purchase numbers from any one operator. There is no revenue share in long codes. Another reason for the popularity of long codes is that they are usually toll-free. Says Ankit Jain, founder of Delhi-based VoiceTree Technologies, "Companies understood that it is not a good idea to look at short codes as a revenue stream since their cut was less when compared to what the operators earned."

Now see how mass brands are using the mobile to generate consumer response for research and product development, to track sales and to conduct opinion polls.

Take PepsiCo, which is currently running a pan-India mobile-based on-pack activation for Slice. Consumers have to call on a toll-free number and punch in the unique code on the pack to register their purchase. After this, the IVR (interactive voice response) asks them to select a new flavour of Slice. The contest winner will get to meet brand ambassador Katrina Kaif. A simple mobile campaign like this will serve two purposes. First, it is a cost-effective way of building consumer engagement. Second, the brand will have access to some granular data on consumer preferences, age and geography, which can be useful for innovation.

Cadbury India's Bournvita jumped to the missed-call bandwagon last year with its 'Mom Don't Waste Milk' campaign. The challenge was to educate consumers about the vital role played by vitamin D in aiding the absorption of calcium found in milk. The initiative was kick-started with a teaser campaign via print, outdoor, radio and social media which read 'Mom don't waste milk'. To know more about how not to waste milk, consumers had to place a missed call on a long code toll-free number. When a consumer placed the missed call she received a call back from a call centre executive who educated her on the nutritional benefits of Bournvita. The company tweaked the model by switching to IVR thereafter. The results from the first campaign encouraged the company to invest in another missed call campaign, titled 'Miss cow', last month. Cadbury received 1.25 lakh missed calls for this. Says Prashant Peres, director, beverages, gum and candy & marketing services, Cadbury India, "We are in initial stages of planning a loyalty club using this mechanism."

Here's one more. Last year right after changing the packaging of its skincare brand Fair & Lovely, Hindustan Unilever turned to consumers for feedback.

As part of a call-to-action campaign, consumers were asked to place a missed call. The company followed up by seeking their participation for a survey through voice or SMS. This helped the company establish a huge sample base to conduct the survey. The survey asked around 30 questions on various aspects of the product. Around 10,000 people across seven cities including Mumbai, Aurangabad, Etawah, Hyderabad and Kolkata participated in the survey; almost 55 per cent of the total number of participants answered all the questions.

All the participants were rewarded with a mobile recharge of Rs 30 - that would more or less compensate the participant for the airtime she would use up during the survey.

Many e-commerce companies are also toying with the idea of leveraging missed calls. Players like Flipkart and Snapdeal have already done a couple of missed call campaigns. Eyewear portal Lenskart has weaved in missed calls into its CRM (customer relationship management) process. Says CEO and co-founder Peyush Bansal, "Initially voice did appear a great idea to build one-on-one relationships with our consumers and we started a call-back campaign for existing customers." As part of this, Lenskart called back its existing customers to offer a free home eye check-up. It soon realised that customers were not very happy receiving the calls. "In India, an average mobile phone user gets too many unsolicited calls. So we use missed calls to get customer feedback," he adds.

Shoppers on Lenskart can also send a missed call on a long code number if they are not able to complete a transaction for some reason. Bansal says missed calls can play a role in providing data on prospective and existing customers. The company aims to invest more in creating the right mix of voice, text, and WAP to generate better consumer response.

When consumers set the call rolling

So how do you decide your campaign is doing its job? To quote Venkat Mallik, president and head, RAPP India, Mudra Group's data-driven marketing communications agency, "Voice and SMS campaigns can work wonders for clients in measuring ROI on media spends." Here's how.

Technology company ZipDial, which has also worked on projects for P&G, HUL and Cadbury, provides a dashboard with advanced analytics to its clients for monitoring mobile marketing campaigns. (See infographic on page 1). To begin with, this dashboard can be customised according to the key performance indicators identified by the client who can see all the information in the 'overview' section. In the 'campaign metrics' section, one can see the engagement level of target audiences with the campaign at different points in time.

Clients can also access data on the location of the target audience and the operating system on their device. As part of its pay-to-use model, ZipDial charges a monthly subscription fee for its dashboard along with a fee per engagement for a given period.

To make the campaigns viral, ZipDial gives a unique number to callers who can then ask their friends to call on that number. Points earned through referrals can be redeemed later.

It is important to understand that Trai allows a business to communicate with customers for six months after one opt-in. To avoid bombarding the consumer's mobile phone with messages, ZipDial has a double opt-in policy. After acknowledging the consumer's consent, the company sends another message to check the interest level.

Besides ZipDial, other prominent platforms in cloud telephony and analytics are offered by IMI Mobile, VoiceTree Technologies and Mobilox Innovations. The beauty of these platforms is that they can handle a number of calls at any given time. For instance, IMI Mobile's Da Vinci service delivery platform can handle 60,000 calls per minute. Delhi-based VoiceTree Technologies which has been working on various missed call campaigns for political outfit the Aam Aadmi party has a simpler dashboard. A missed call campaign on the company's patented dashboard, My Operator, captures basic consumer data, such as, the name of the caller, time of call and location. This service can be availed of on a small monthly subscription fee of Rs 1,000. The platform allows clients to export their data onto a different server once their subscription expires.

It also allows for creative deployment of your resources. Consider Forevermark, the diamond brand from De Beers Group, which has been doing real-time media attribution for three years now. Let us assume that the brand has given different toll-free numbers for its missed call campaign on television, print, outdoor and digital. With the data captured during the campaign, the brand can track the volume of response that came from each medium. This will further help the brand in taking the call with regards to its media spends. For instance, if one media channel is performing better than others, the brand can take action immediately by shifting spends to it. Indeed, ZipDial Analytics can track actual conversions and product trials. For example, a brand may get more responses from television than print; however print may drive higher conversion rates to purchase. All of this is tracked at a unique user level across millions of consumers.

There you have it. Today, mobile marketing campaigns, especially the ones asking consumers to place a missed call, are seen as the fastest and the most non-intrusive way of building one-on-one relationship with consumers who are exposed to a lot of deceptive advertising. This could very well mean that the days of businesses catching hold of subscriber databases from telcos and chasing consumers down with unsolicited calls and SMSes are numbered. 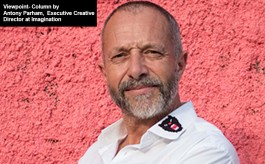 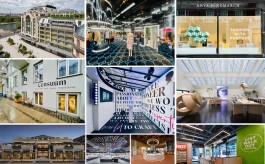 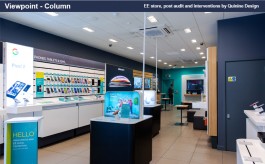 How retail experience audit can help you meet your business needs