Login
Home » Viewpoints » We can build a significant mobile brand out of India: John Sculley

We can build a significant mobile brand out of India: John Sculley

Interview with Co-founder of Inflexionpoint, and former CEO of Apple 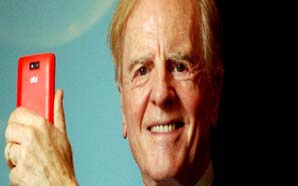 Inflexionpoint, an Information Technology supply chain co-founded by John Sculley, former chief executive officer of Apple Inc, announced the launch of Obi Mobiles, a smartphone brand, targeting India and other emerging markets. With prices ranging from Rs 5,000 to Rs 8,000, Obi is expected to hit the market next month. In an interaction with Sudipto Dey, Sculley, who famously sacked Steve Jobs at Apple, talks about why he feels India is the right market for launching a new global smartphone brand. Edited excerpts:

What made you choose India as the launch market for Obi?

We believe the timing is perfect. India has a rapidly developing young middle class consumer (base). A majority of the Indian middle class youth does not have affordability to buy an Apple 5S or a high-end Samsung phone but they have the desire to have a very high-quality 3G phone.

If you look at the market, at one end you have high-end brands pegged at around Rs 50,000, and on the other end, you have feature phones, which are moving into smartphones. We see an opportunity to bring in a very high-quality smartphone, starting at prices of Rs 5,000-Rs 8,000. These price points are dramatically lower than Apple, but will come with bundled solutions, which the youth market wants.

We feel we can build a significant brand out of India. We will bring in multinational branding and marketing experience through social media and television advertising.  Last year, in the fourth quarter (October-December), the smartphones sales increased 181 per cent. I think we are hitting the market at the right time.

One of the co-founders of Inflexionpoint, Neeraj Chauhan, is an Indian. Did that play a role in the decision to launch Obi in India?

Absolutely.  Neeraj and I have been partners for seven years. What is absolutely key is the frugal expense model that Neeraj has done successfully throughout his career.

I have been coming to India every year since 1996, and have many close friends such as Ratan Tata, Azim Premji and Pradeep Kar. I have been looking for years for an opportunity to build a brand here. When Neeraj approached me (around 18 months ago) with the idea of building a mobile brand, I got interested.

When you have Ratan Tata, Azim Premji and Pradeep Kar as friends, did it cross your mind to start the project with one of them, instead of a new start-up team?

These are extremely talented entrepreneurs but their focus has largely been around business services. Our focus here is around consumer branding. The team we have put together has lot of experience in building a consumer brand.

Do you have any roadmap for investment over the next two-three years?

Last year, we invested $100 million for acquiring Singapore-based Dragon Technology (for design and testing capabilities) and Delhi-based Iris Computers (for distribution network). We have initially invested $20 million in Obi Mobiles.  Our goal is to sell a million units in the first year, and do that profitably.

After India, where do you plan to go with Obi?

So, will it be positioned as an emerging market brand?

It will be positioned as a consumer brand, which, we think, can build a loyal franchise at a significantly lower price point where an Apple would be.

Will it be fair then to call Obi the'poor man's Apple'?

(Chuckles)We are trying to do many of the things for people who aspire to Apple but cannot afford an Apple. We hope to deliver that in Obi. We don't actually mention Apple in our marketing.

How important would be the "frugal expense model" for success of Obi?

Frugal expense model is what India is known for. It is what made Wipro, TCS and Infosys successful. We are now applying that to the consumer brand. It is a very big part of our story.

Would you like to use India as a testing ground for any of the other tech companies you have invested in? 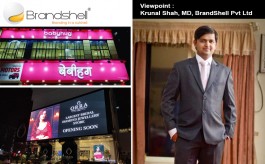 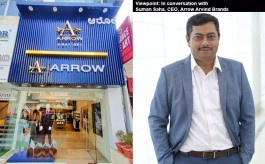 ‘There has to be a strong, value-driven reason for a customer to walk into your store’ 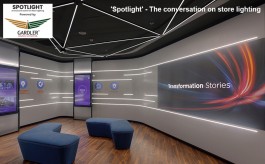