FMCG majors like P&G India and Dabur India have recently announced that they have achieved 'plastic waste neutrality’ by recycling a big chunk of their post-consumer plastic packaging waste. Will this herald similar initiatives in the entire FMCG ecosystem, including retail? Procter & Gamble India has just announced that it has become ‘plastic waste neutral’ in the past year (April 2021 – March 2022). P&G has collected, processed, and recycled over 19,000 MT of post-consumer plastic packaging waste from across the country which is more than the amount of plastic packaging in its products sold in a year, said the company release. With this announcement, the company is among the first few FMCG companies in India to achieve plastic waste neutrality.

The company is working with recycling partners across 75 cities in India to collect plastic which is then sent to different recyclers, waste to energy plants, and cement kilns. In addition to recycling, the company said it has also made a deliberate effort to reduce the packaging material and in the last 5 years has reduced usage of packaging material by more than 5,000 MT.

Last month Dabur India said it had become a complete plastic waste neutral firm in the country after collecting, processing and recycling around 27,000 metric tonnes of post-consumer plastic waste during FY21-22.

Dabur had set the target of collecting, processing and recycling over 22,000MT of post-consumer plastic waste and has surpassed it three months ahead of schedule.

Madhusudan Gopalan, CEO, Procter & Gamble – Indian Sub-Continent said, “We are proud of the significant progress we have made on environmental sustainability, and achieving ‘plastic waste neutrality’ is a key milestone in this journey. Plastic waste does not belong in the environment, and we will continue to partner with multiple stakeholders in our efforts to reduce and recycle packaging waste.” He further added, “We are also taking a deliberate approach to reducing the impact of our operations, and setting up in-house solar plants is a step in this direction. We have made strong progress across our brands, our supply chain, our operations with support from our partners and employees. We are fully committed to making a positive impact in the world and creating a sustainable future for generations to come.”

The company informed that in recent years it has made significant progress on environmental sustainability which can be seen across its operations and brands. These include:

The FMCG major has also set a new ambition to achieve net-zero greenhouse gas (GHG) emissions across its operations and supply chain, from raw material to retailer by 2040.

According to media reports, as of 2019, India generates more than 25,000 tonnes of plastic waste every day, 40 per cent of which remains uncollected and littered in the environment. Further, according to a study conducted by the Central Pollution Control Board (CPCB) in 60 major cities of India, around 4,059 tonnes per day of plastic waste is reportedly generated from these cities..

According to ChangeStarted.com, a forum for environmental issues, the FMCG industry is the biggest contributor to the packaging plastic waste generated. It cites statistics that in 2014, 95% of the total number of biscuits, dried processed food items, and hair care products; and 85% of dairy products, baked goods, laundry, and skincare sold in India were packaged in plastic. Further, according to government reports, India generates 10 MT per year of plastic waste from the FMCG sector and that India’s recycling rate is now at 60% against the global average of 20%.

While statistics very often do not depict the true story, the fact remains that for  plastic waste neutrality to become more widespread and part of the system would require efforts from all stakeholders in the eco system including retailers and consumers. 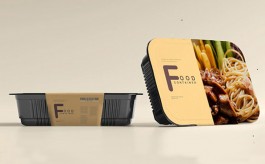 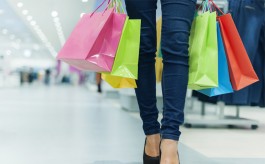 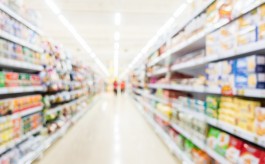 Is Walmart taking off ciggies in a few US stores, a smart business strategy or a stand?