With 61 operational stores and with a plan to reach a mark of 170 stores in Delhi-NCR, 24X7 will soon mobile stores on truck. The company plans to add 250-300 of such stores to their network in next 2 years. 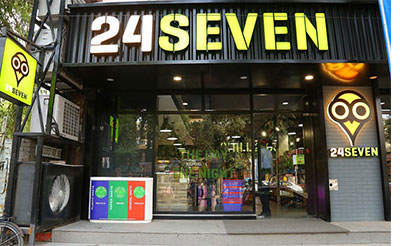 Round-the-clock departmental store and QSR chain from Delhi-based Modi Group will soon bring shop-on-truck/mobile retail stores concept in Delhi-NCR. Having recently introduced one truck in Gurgaon, the chain plans to have 250-300 trucks in next two years.

Talking to Retail4growth, Samir Modi, President, Modi Group, explained further, “Today we have about 61 of 24X7 stores in Delhi-NCR and Chandigarh. We have recently revamped the design concept of the stores by introducing lot more SKUs, adding digital elements and 360 degree POSs to curtain on the effort of billing and check-outs. After the success of tour revamped model, we would like to take this concept ahead in a mobile format by introducing store concept on trucks. As a business model, it will be extremely viable for us as we can run 10 such stores at the operational cost of one 24X7 store.”