Akshay Kapoor, Director, Kapsons to join as panelist at ISA 2019 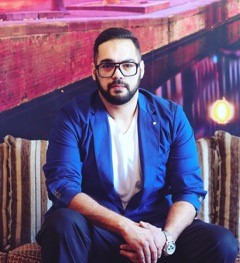 Akshay Kapoor, Director, Kapsons, will join as panelist at the Knowledge session titled, 'Regional Retailers : The Home Heroes who made it Big' at In-Store Asia 2019 (now a part of the family of EuroShop Düsseldorf, the world’s #1 retail fair), the largest retail experience expo and convention in the Indian subcontinent. The upcoming edition of the event is scheduled to be held during March 14-16, 2019, at Bombay Exhibition Centre, Goregaon, Mumbai.

Akshay joined his family’s retail business at an early age of 17 and started operating through a single store during the initial 2 years. In the next several years, he became instrumental in customer-centric buying, merchandising and connected store experiences. Today Kapsons is one of the leading multi-brand retailers with presence through 23 stores across 17 locations. The company is slated to double the number of stores by the end of next year. Akshay looks after operations and marketing for the entire group.