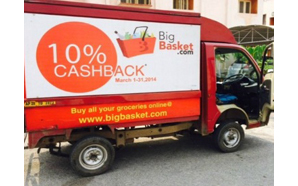 On-demand grocery delivery company BigBasket has announced it has raised $150 million from the Abraaj Group, International Finance Corporation, and Sands Capital. Existing investors Bessemer Venture Partners, Helion Advisors, Zodius Capital and Ascent Capital, too, have participated in the round.

"We have a unique opportunity to build one of the largest grocery businesses in the country, whether offline or online, and we expect the capital raised in this round to enable us to do just that. We intend to increase the reach of our just-launched one-hour express delivery service and our marketplace for specialty stores. This, coupled with an expansion in our range of private label products, will create a solid foundation for growth in both revenue and profitability,â€ said V S Sudhakar, co-founder of BigBasket.

Abraaj has been present in India since 2006 and the partnership with BigBasket marks its third investment in the country in the past five months. The other two are Care Hospitals and the development of a gigawatt scale renewable energy platform in partnership with the Aditya Birla Group.

The company has raised around $90 million in its three earlier rounds and has been trying to expand while its closest rivals struggle. Grofers, which works on a different business model, recently withdrew from nine cities as it couldn't find enough takers for its services. It had raised $120 million from Japan-based SoftBank and Tiger Global in November. Gurgaon-based PepperTap withdrew from several cities including Mumbai and announced it had put its expansion plans on hold.

Grocery delivery has been a pain point in India, which all of these companies have been trying to solve but none of them has found an effective model. 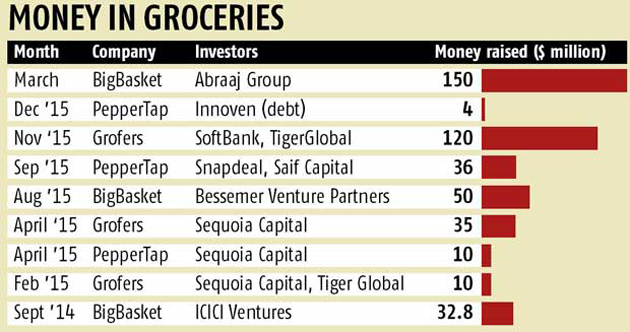 Recently, Amazon had got into the grocery business when it launched Kirana Now. On the heels of the launch, Flipkart shuttered its pilot project where it delivered groceries in certain suburbs of Bengaluru. In June, Paytm, too, closed its grocery delivery app after the margins were found to be too low to justify the cash burn.