Budget 2013 & its impact on retail sector 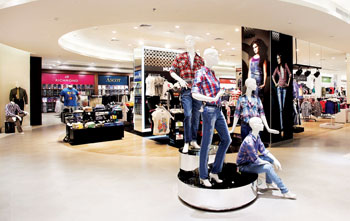 Post the big bang reform of allowing up to 51 per cent FDI in multi-brand and 100 per cent in single brand retail, a lot of action was expected in the retail sector. However, the Union Budget 2013 was a dampener and did not seem to propose the same.
Relief has been given to readymade garment manufacturers with the option of excise duty exemption being restored for branded readymade garments and allocating of INR 2,400 crore for textile industry upgradation and the continuation of TUF scheme. Sharing his views, Ashish Garg, Promoter and MD, Promart Retail says, "The Union Budget 2013 is a well-balanced budget and seems promising for the coming year, as it sets the tone right for the Indian economy. The zero excise duty is a welcome move for the manufacturer and allocation of capital for the upgradation of textile industry. These moves will not only improve the present condition of the textile industry but also create job opportunities for the implementation of the schemes.â€
Adding to this, Jaydeep Shetty, CEO and Owner of Mineral says, "There were few surprises in the budget. Firstly, I welcome the removal of excise on garments, it will help the garment industry recoup its losses and be more competitive with the China market.â€
Jaipraksh Desai, CEO, Metro Shoes who had a lot of expectations from the budget said, "The Budget is disappointing for the footwear industry. We were expecting parity to the industry at par with comparable industries, at least in the excise duty.â€
"From a commercial point of view, the Indian retail sector was looking forward to a better recognition of industry in terms of a separate industry status in order to efficiently monitor the growth of the industry and benefit customers. Unlike multi-branded retailer, we are among the ones who are a manufacturer as well as a retailer and thus, there are a lot of costs that need rationalization; including excise and VAT. Correction in the same would have improved the market sentiment. Even timelines on GST and DTC implementation are still unclear and undefined,â€ says Harkirat Singh, Managing Director, Woodland.
Giving his post budget reaction Amar Nanavati, Director, Pure Gold Jewellers says, "Budget 2013-14 has been quite positive for the gems and jewellery industry. The finance ministry has expunged excise on jewellery and furthermore they have not increased the import duty on gold, I believe that the finance ministry has been very fair for the industry and should be appreciated for the same.â€
"Increase of price for branded goods would not have much effect, as quality speaks; each brand has it fan followers who would not have any issues. Where a person is spending Rs 10,000, it would not make a difference if they have to spend 12000,â€ believes Deepak Aggarwal, CEO, Kazo.
Tags : Union Budget Ashish Garg Ashish Jaydeep Shetty Jaipraksh Desai Harkirat Singh Amar Nanavati Deepak Aggarwal
Advertisement