Delhi Budget 2016 to have mixed impact on retail

Levying more tax on luxury goods and reducing VAT in certain items, the recently announced Delhi Budget 2016 will have a mixed impact on the capital as well as country's retail scene. 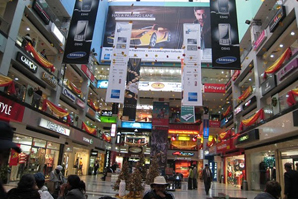 The revision of taxation in Delhi Budget 2016 will impact retail industry in a mixed way though more adverse effect is expected. The 1% tax at source on luxury goods exceeding Rs 2 lakh and car purchases exceeding Rs 10 lakh is expected to lower the consumption of luxury goods in India. Sanjay Kapoor, Founder and MD, Genesis Luxury, has already shared his concern with media that while Indian perception in luxury retail is still on a build-up state, such taxation policy may not aid the retail industry.

Reductions of VAT rate on certain items have been made though large number of other items which are of daily consumable nature have been left for higher percentage of tax rate. Reacting to this, Praveen Khandelwal, Confederation of Indian Trade, commented, "The Budget 2016 has failed to remove anomalies and disparities in VAT taxation system.  It is not at all an economy-driven document since no steps have been announced to ensure sustainable growth of Delhi trade and commerce, which is the largest contributor to Delhi's exchequer. Various policies announced in the Budget without spelling out a definite road map and with no accountability system are vague which can be termed to attract the voters. No step has been taken to take traders into confidence for trade related policies.â€