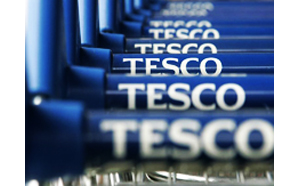 While the controversy over allowing or banning foreign direct investment (FDI) in multi-brand retail trading (MBRT) is keeping every political party on its toes before the coming Lok Sabha elections, foreign multi-brand retailers seem to be avoiding India, at least for now.

Commerce and Industry Minister Anand Sharma had claimed that after Tesco, there would be one more foreign retailer entering the MBRT space. However, the claim did not materialise.

"Nobody has sent any application after Tesco. It looks unlikely now,â€ said another official, who was involved in formulating the FDI policy for MBRT.

There were reports that French retailer Carrefour might be second in the queue. But it seems now, that there never was a queue even after the government relaxed certain riders that came with the FDI policy in MBRT.

Apparently, AFTER the fiasco with American retail major WalMart, the government had been scrambling to rope in another big name. But the efforts only resulted in further embarrassment.

Tesco Plc has announced plans to invest $110 million in collaboration with Trent Hypermarket Limited. It plans to open three to five stores here every financial year. Proposal mentions that joint venture will operate in India through a chain of stores under various banners, including Star Bazar, Star Daily and Star Market, with a tag line â€” A Tata and Tesco Enterprise.

Last year in August, the government had even tried to simplify the policy further hoping to attract global retail chains. It relaxed some of the policy conditions pertaining to the 30 per cent mandatory sourcing clause, investment in back-end infrastructure and permitting to enter any state in the country irrespective of the population there, but only if that particular state wants to allow it.

On the other hand, international retailers are now wary of the fact that if the next government is formed by the Bharatiya Janata Party-led NDA, then the policy might be withdrawn altogether.

"Situation is just not conducive now. Nobody knows who is coming into power in the next couple of months and what will be their economic policy. It is better to wait and watch,â€ said a top official with an international retail chain, who refused to be identified.

Last month, BJP's prime ministerial candidate and Gujarat Chief Minister Narendra Modi gave a jolt when he spoke in favour of FDI in MBRT, stating that the move will not impact small and unorganised retailer of the country, quite contrary to the BJP's stand.

Similarly, other political parties like the Aam Aadmi Party and Trinamool Congress, are also opposed to the idea.

Some of the legal aspects of the FDI policy in MBRT are still ambiguous, the cause of another irritant for retailers. This emerged after the BJP-led government in Rajasthan and AAP-led Delhi government opposed the entry of foreign retailers in their respective states.

As a result, the ministry of commerce and industry is now seeking legal opinion on the issue in order to confront a situation where a state government might refuse FDI in MBRT even if the previous government has allowed it.