Fuelled by foreign cash yet riled by FDI

Flipkart's reason for saying"œno"to FDI in e-commerce is that a rush of foreign giants into this space could hit domestic entrepreneurship. 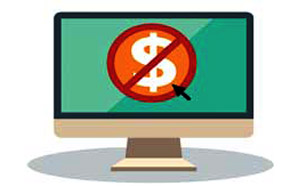 Online company Flipkart is funded by international investors such as Accel Partners and Tiger Global through a marketplace model, but it is opposed to a policy that would throw open e-commerce in all forms to foreign direct investment (FDI), it is learnt. Flipkart's reason for saying "no" to FDI in e-commerce is that a rush of foreign giants into this space could hit domestic entrepreneurship, according to a source.

Currently, foreign investment is not allowed in e-commerce when online companies with an inventory-based model directly sell to buyers, but there's no FDI restriction in the case of the marketplace format where sites host multiple retailers but mostly retain control over delivery of products.

Flipkart is not alone in resisting foreign play. Many other smaller e-commerce companies have opposed FDI in online retail, citing adverse impact on domestic sector. Besides, several prominent e-commerce players have remained quiet when it came to voicing their opinion on FDI cap in the sector, a sector representative said. When Business Standard asked Mukesh Bansal, chief executive of online fashion company Myntra, on FDI, he refused to comment. Top online travel company, MakeMyTrip, listed on US-based Nasdaq, is believed to have expressed apprehension in permitting all-out FDI in e-commerce as it could get tough for home-grown players to compete with foreign giants. But, supporting FDI in principle, MakeMyTrip told this newspaper, "the e-tailing sector desperately requires access to working capital and government approval for FDI would be a good way to generate these funds." The company reasoned that "online businesses usually don't get easily funded domestically by loan or equity."

All this comes at a time when Delhi and Rajasthan governments, where Aam Aadmi Party and BJP have respectively replaced Congress, recently reversed the earlier state decisions and blocked FDI in multi-brand retail, to the disappointment of the industry.

Business chambers also differ with each other on the matter. The Federation of Indian Chambers of Commerce & Industry (Ficci), following several layers of interviews and telephonic conversations with companies, has told the government that e-commerce is still a nascent industry and that 51 per cent FDI could be allowed under automatic route for B2C inventory-based players. However, 49 per cent to begin with and anything over that on a case by case basis "should be more representative," Ficci has told DIPP. Confederation of Indian Industry (CII) has however recommended 100 per cent FDI under automatic route. There should not be any minimum capitalization requirements for FDI in e-commerce, CII has said, as "strict regulations can lead to dissuading good potential foreign companies entering India". Perhaps keeping in mind the views of some of the prominent e-commerce companies, CII has sought a level-playing field for all. Also, it wants safeguards to Indian players through mandatory local sourcing, privacy, and safety against tax evasion.

Ironically, most e-commerce companies in India are running on the back of foreign money, whether it's through complicated corporate structure or conveniently following a marketplace model. Although nobody will admit, domestic companies are wary of international online majors such as Amazon and eBay, which have entered India through marketplace format, an expert said. Once FDI is allowed in all types of e-commerce, competition will only step up, he added. Not just online, even brick and mortar biggies like Walmart, Carrefour and Tesco are awaiting FDI in e-commerce to be allowed as they want to play big in that space as well.

Arvind Singhal, chairman, Technopak Advisors, a retail consultancy, argued "it's not fair to block overseas game as it is not in the interest of the growth of the sector." According to Gaurav Gupta, Senior Director, Deloitte India, "rather than a binary approach, one should consider a gradual approach like allowing 10, 20 or 49 per cent- like it has happened in other sectors like insurance, retail or defence."