Infiniti Mall has won thirteen prominent awards, including this, since its launch in 2011. 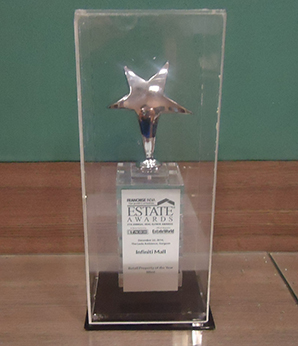 Infiniti Mall, one of Mumbai's prime shopping destination, after claiming four awards in 2013 and four accolades in 2014, bags yet another honour from Franchise India, for the'Retail Property of the Year - West Zone'.

Commenting on the occasion, Mukesh Kumar, VP, Infiniti Malls, said, "It gives us immense joy that we have won this prestigious award. Infiniti Malls, in an endless endeavour to bring an exciting and exclusive shopping and entertainment experience to our patrons, is overjoyed that our efforts are recognised not only by our customers but also by our contemporaries.â€

Infiniti Mall was first established in 2004 in Andheri, and then opened their second mall in 2011 in Malad, Mumbai.
Tags : Infiniti Mall Mukesh Kumar
Advertisement