In a bid to improve sales on actual full prices of products, retailers have changed their strategy to offer deep discounts on select days instead of the previous trend of full weeks. 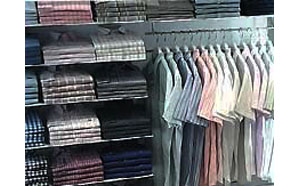 "Earlier discount period was getting longer. As a change of trend, this year, the period is being shortened. Plus, retailers would begin offering deep discounts of 50-60 per cent right in the first or second week of the season. However, this year, the trend has changed," said Rahul Mehta, president of Clothing Manufacturers' Association of India (CMAI).

Seconding Mehta is Harkirat Singh, Managing Director of Woodlands Shoes. "Though the first 2-3 weeks have shown good sales, we might shorten the sale. One has to see how the market is behaving," Singh added.

What's more, in a bid to improve sales on actual full prices of products, retailers have changed their strategy to offer deep discounts on select days instead of the previous trend of full weeks. Deep discounts are in the range of 50-70 per cent while normal discounts range between 20 per cent and 40 per cent.

"Instead of a blanket discount season, retailers this year have opted to be choosy and offer discounts on select days. This is because the blanket discount season was hitting their margins hard since they were only able to sell 50 per cent or less than that of their merchandise at full prices. Rest all was being sold at discounts," explained Agarwal.

Over the last few years, margins have shrunk by 15-20 per cent, say industry experts due to extended discount seasons.

Not only retailers, but even malls have joined hands with retailers to make the most of such select days, especially weekends. For instance, Ahmedabad-based AlphaOne Mall recently offered a flat 50 per cent discount on July 19-20 on over 100 brands at its premises.

Such was the success that AlphaOne posted a business of over Rs 5 crore on Saturday and Rs 6 crore on Sunday.

"While the discounts at all stores range from 20 per cent to 50 per cent through this period, we further enhanced the value proposition of the End-of-Season Sale this past weekend with a flat 50% discount at all stores, except the digital ones where too there were never-before offers for all customers. The customer response was fantastic and is best gauged by the fact that the business exceeded Rs 5 crore on Saturday and 6 crore on Sunday, with the combined footfalls of these 2 days exceeding 1,70,000. We will continue to offer many more such value propositions in the coming days and expect an equally enthusiastic response from our valued customers," said Prodipta Sen, executive director, Alpha G:Corp.

Meanwhile, according to industry experts, discount seasons form 35-40 per cent of the Indian apparel retail industry's $50 billion (Rs 3 lakh crore roughly), of which 30 per cent comes from organised players.