Microsoft launches flagship store in the heart of London 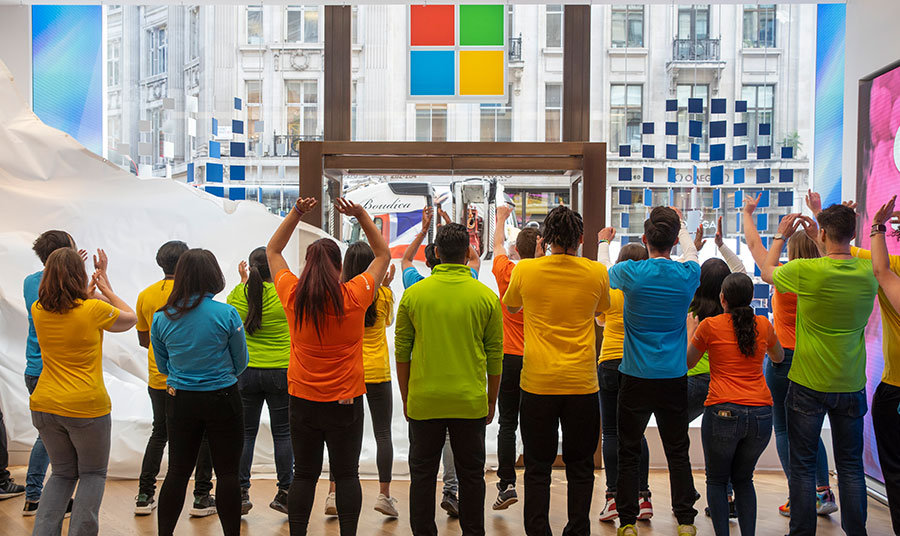 Microsoft’s new flagship store in London has opened its doors to the public for the first time, with people waiting for hours to be among the first to set foot inside.

The first physical retail store for Microsoft in the UK, which is located on Oxford Circus and covers 22,000 square feet over three floors, was officially unveiled to the crowd at 11 am on July 16th.

Rose said the store was a “symbol of Microsoft’s enduring commitment to the UK”, which allows people to “experience the best the company has to offer”. “Thank you for helping us make history today,” she added.

People had started queuing along Regent Street from 7 am to see Microsoft’s Surface devices, HoloLens, Xbox Gaming Lounge and sit in the McLaren Senna on the ground floor.

Microsoft handed out free T-shirts and Xbox Game Passcodes to people in the queue, while the first 100 visitors to buy a Surface Pro 6 were also given a free limited edition Liberty Surface Type Cover.

It is also the most accessible store Microsoft has ever opened, with store associates collectively speaking 45 languages, buttons to open doors, lower desks to help those in wheelchairs and Xbox Adaptive Controllers available for gamers with restricted movement.