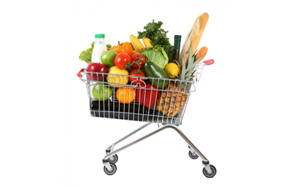 Most people look forward to a weekly off but not Gurgaon resident Sanjay Sharma. Every Sunday morning, he would spend a couple of hours picking up groceries, fruit and vegetables from retail stores near his home. Sharma uses a few grocery delivery services that have started in Gurgaon and uses the spare time to play with his four-year-old daughter.

Venture capital firms are betting on customers like Sharma to back a clutch of hyper-local grocery delivery firms. Last week saw three of these firms raise $55 million from half a dozen investors, including Tiger Global, the most aggressive of investors in e-commerce firms in India. Tiger Global and Sequoia Capital led a $35-million round in hyper-local delivery chain Grofers. The two had invested $10 million in this company only a month ago.

Sequoia Capital also led a $10-million investment round in grocery delivery firm PepperTap, which started six months ago in the same shopping complex in Gurgaon where Grofers is located. SAIF Partners co-invested in PepperTap, which is doing 400-500 orders a day and wants to do 10,000 orders a day by expanding its presence to 10 cities by year-end.

Ravi Adusumalli, managing director, SAIF Partners, said: "Grocery in India is a huge market and grocery shopping on mobile is already seeing strong adoption. We believe PepperTap's hyper-local marketplace approach is the most efficient way to cater to this market, and can scale very rapidly."

Investors are bullish on this space as they see it as the next frontier for e-commerce. "Unlike the warehouse-led model, this is an asset light model, where companies don't carry inventory; it's more efficient and manageable," explained an investor.

The attraction of the hyper-local delivery model also made ZopNow, which raised money last fortnight, to pivot from managing its own inventory to sourcing supplies from supermarket chain HyperCity. ZopNow raised $10 million in a new round led by San Francisco-based Dragoneer Investment Group, with existing investors Accel Partners, Qual-Comm Ventures and Times Internet also investing.

The Bengaluru-based company will use the money to expand to 15 cities.

Once a customer places an order, ZopNow's runner executives in the store picks/packs and delivers the goods in less than three hours. The approach has helped the firm scale at a much-lower investment cost. The company plans to use this model and tie-up with retailers in apparel, footwear, and electronics.