Manu Anand, who took on the role of the Chairman of PepsiCo's India Region in January 2011, has quit the company with immediate effect. 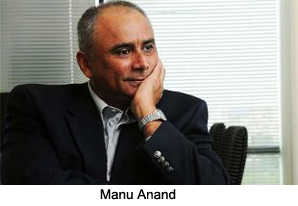 Beverages and snacks major PepsiCo India said its India Region President Manu Anand has quit the company with immediate effect after working with the company for 19 years. Anand took on the role of the Chairman of PepsiCo's India Region in January 2011. In this task, he was accountable for the company's beverage and foods businesses in India and neighboring South Asian countries except Pakistan. The sudden exit had nothing to do with performance, claimed the company.

He had joined PepsiCo in 1994 as CFO, Frito-Lay India, and in 1998 assumed the role of Managing Director of Frito-Lay Business of PepsiCo India Holdings Ltd, according to the company sources. Also, he served as General Manager, South East Asia Business Unit of PepsiCo from 2007 to 2010.