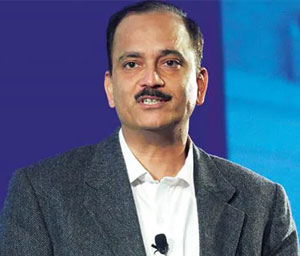 British-Dutch consumer goods giant Unilever recently announced changes to its leadership team and organisation structure that have led to two Indians elevated to the global level.

The company has promoted Nitin Paranjpe, President of Foods and Refreshment, to the new role of Chief Operating Officer. He will be responsible for Unilever’s go-to-market organisations, driving and co-ordinating in-year performance across countries in line with Divisional strategies. He is the second Indian after Harish Manwani to make it to the global 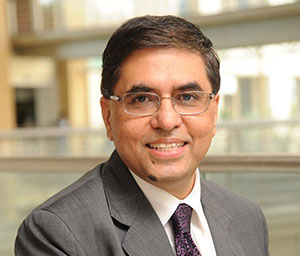 Simultaneously, the company has also promoted Sanjiv Mehta, Chairman and Managing Director of HUL and EVP, South Asia, to the post of South Asia President. However, he will continue to head HUL as CMD. He will join Paranjpe and Leena Nair, Unilever’s Chief Human Resource Officer, on the Unilever Leadership Executive, which is the apex management body at the company.

“Today’s increasingly fragmented consumer, channel and media environment requires us to operate with more speed and agility than ever before. With his deep knowledge and experience of our markets, Nitin is ideally placed to work with me and the Unilever Leadership Executive to drive our performance and help deliver our growth ambitions,” Unilever CEO Alan Jope said in a statement.

“Sanjiv has been one of our most impressive General Managers with a consistent track record of growth and execution in high growth and emerging markets,” Jope added.

Paranjpe joined HUL in 1987 where he held various roles in marketing and sales. In 2008, he was Managing Director and Chief Executive Officer at HUL. In 2013, Paranjpe was elevated to the post of President of Unilever’s Foods and Refreshment division.

Mehta has been the chairman and MD of HUL since June 2018. He has been leading Unilever’s business in India and South Asia since October 2013 as CEO and Managing Director, HUL and Executive Vice President, Unilever, South Asia. Mehta has been with Unilever for over 26 years and during the last 17 years has led businesses in different parts of the world.

Ishmeet Singh has over 25 years of experience in top multinationals and FMCG companies such as Mattel, Vodafone, Hindustan Unilever and Coca-Cola.