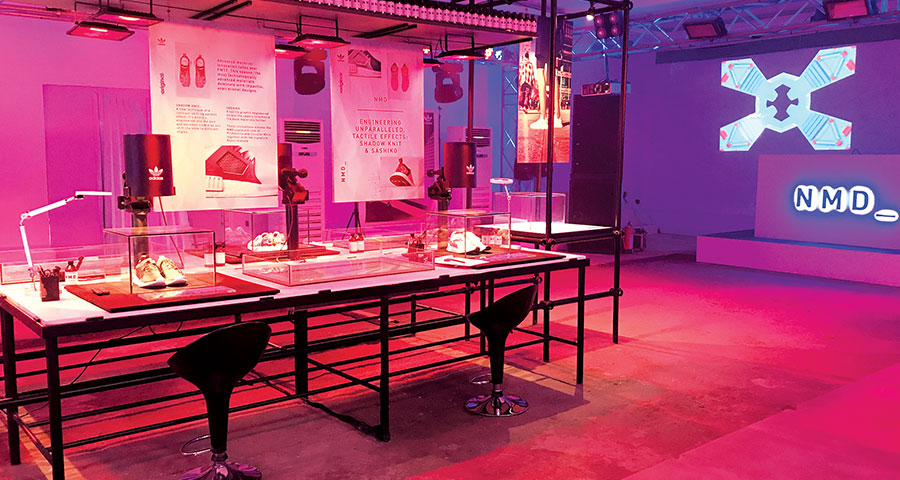 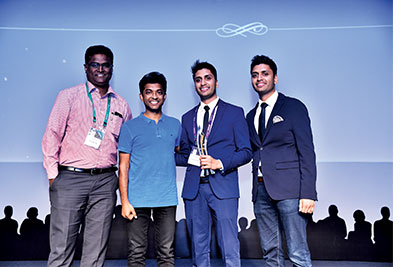 NMD is a shoe by Adidas which is inspired by the past that empowers the future. The project was to launch the shoe and tell the customer the inspiration behind the shoe, that is ALWAYS EVOLVING. The concept inspiration was taken by photo development dark rooms. The complete process of development of photograph is meticulous and something which is always evolving, just like the NMD shoe. The idea was translated into a Seeding box which was inspired by the professional camera hard case which holds expensive camera. The case was custom built to seed shoes to important celebrities and influencers. Central Installation was then set up at the shoe launch event and was inspired by a photography lab, which was made interactive and digital to highlight the 5 key shoes. Photo enlargers were used as shoes highlighters and hundreds of bottles branded NMD were used as chemical bottles found in the lab.

The Project had celebrities and influencer posting the seeding boxes online via instagram etc for their followers to see which immediately created traction. The biggest impact seen is on the sales of the shoe, which was sold out within 24 hours of launch.