A new shopping trend emerges as malls get a 'local' flavour

Malls across India are struggling to attract shoppers in a phase of slowdown; many have even shut shop 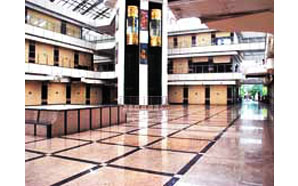 Move over foreign brands;'local' is the new buzz across the country's shopping malls. Traditional standalone high-street silk and textile chains from the South, such as Nallis, RmKV, Naidu Hal and Kalaniketan, besides jewellery brands like Malabar Gold and Kalyan Jewellers, are making inroads into malls. Besides, stores spread across popular marketplace, a hunting ground for attractive bargains, such as Delhi's Chandni Chowk and Lajpat Nagar are also booking mall space to tap trendy shoppers.

Fashion wear stores Kapil & Monika and Kapsons from the North and Cocopelee from Bangalore are among 30-odd names that have entered malls in recent times or are preparing to do so in various cities.
Anand Sundaram, chief executive officer, Pioneer Property Zone (PPZ), a mall management firm, says, "Traditional brands that used to operate at a single-store level are now on an expansion spree, especially in South India, where retail market is different, probably much sharper.â€ Traditional, as well as local brands have started moving into malls and this will emerge as a big trend by the end of the year, he adds.

Amid a demand slowdown, malls across India are struggling to attract shoppers; many have even shut shops. Over the years, there has been a substantial increase in space taken by malls. But only a few have been successful. A leading Noida-based property developer says: "We need to adapt to changing times. Preferences of people are changing. Malls are no longer just about shopping, we need to offer more to attract people, especially youngsters.â€

On the other hand, local retailers have realised that customers want a good ambience, combined with other facilities â€” a standalone shop may not be able to offer that.

To attract customers, mall developers are announcing, with retailers' consent, offers like "all shops on 50 per cent saleâ€ day. Under this, all shops in a mall offer sale on a particular day. Another trend is offering discounts on a typically low-footfall day (weekday) to a specific section of a mall â€” Mumbai's Growel Mall, for example, has introduced Thoosday, where the entire food court offers sale on Tuesdays, Dutt adds.

Pushpa Bector-senior, vice president (leasing & mall head), DLF, says the success of a mall depends on three factors â€” whether the developer has sold or leased the mall and the kind of revenue-sharing agreement it has with the retailers; whether it is designed to attract all retailers and garner appropriate visibility; and the type of catchment area. "If you have built your mall at a location where you can't get potential buyers, the project will definitely face trouble.â€

One of the major reasons for failure of certain malls is poor design; this results in dead spaces. Some developers have eliminated alleys or narrow passages that a mall's inherently poor design results in and have merged those with existing stores, says a JLL note.

Also, there's greater emphasis on directing footfall traffic along the mall's entire floor scape, providing parity and frontage to all stores. Some mall developers are even introducing first-time brands or attractions in the extreme ends to encourage shoppers to stroll through these areas, the note adds. 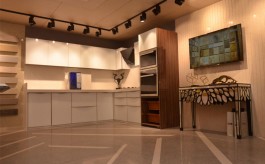 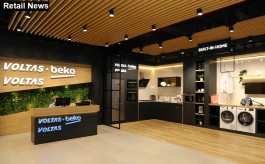 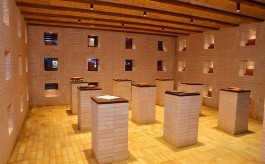