This is the business model that American rival Nike had also applied for last year; its application was not cleared 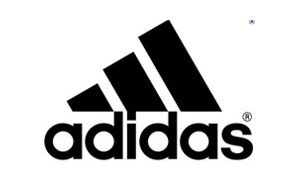 German apparel major Adidas, which had been in the news for an alleged financial fraud at Reebok, a brand that it owns, has sought government approval for a 100 per cent foreign direct investment (FDI) to operate in India. The seller of sports shoes, clothing and accessories has been present in the country through franchises for two decades now.

In its proposal to the government, Adidas has sought to run through a combination of fully owned stores and franchise outlets. This is the business model that American rival Nike had also applied for last year; its application was not cleared. The government's contention is that the current single-brand FDI policy does not have any room for a mix of business, and that international chains must pick either of the two formats - fully-owned or franchise.

Adidas would need to meet the mandatory 30 per cent local sourcing norm if its proposal gets a government go-ahead, unless the rules are changed.

Adidas' application has generated interest within industry and the government because it is after a long gap that a prominent group has made a single-brand FDI proposal.

Over the past week, in fact, there has been some development in the single-brand retail segment, where up to 100 per cent FDI is permitted. Swedish furnishing chain IKEA last week announced its purchase of a 13-acre land parcel in Hyderabad for its first India store, more than three years after it filed its Rs 10,500-crore proposal. Swedish fashion chain H&M, waiting for more than two years, is learnt to be actively signing real estate leases to be able to open as many as 30 stores over the next few months.

It is learnt that the Adidas proposal, made to the Department of Industrial Policy & Promotion (DIPP) is only for Adidas stores, and not Reebok outlets. While the group runs a total of 750 stores in India under the franchise format - for Adidas and Reebok with separate brand entities - the current application is silent on 100 per cent FDI for Reebok outlets. Perhaps a "yes" from the government would encourage the German chain to also apply for fully owned Reebok stores, a source said.

The company has not disclosed the value of the investment proposed, but it could be substantial as Adidas is looking at opening large concept stores popular internationally. In a response to Business Standard, the company said: "Adidas India currently operates its business here through local distributors and retail partners. This model has worked successfully for us and we will continue to partner with our franchisee network." However, it added "in keeping with our strong commitment to serving the Indian consumer, it is also our desire and strategic intent to bring to the country large world-class retail formats that currently exist in our global set-up. With this in mind, we have filed our application with DIPP".

For the financial year ended March 2014, Adidas India reported sales of Rs 737.5 crore, and Reebok of Rs 324.2 crore, showed data with the Registrar of Companies (RoC). Puma, a German rival that had started as an offshoot of Adidas, had sales of Rs 766.7 crore in the year ended December 2014.

India is seen as an important market for sports shoes and accessories. In its global report for the first quarter of the current financial year, released in May, Adidas said: "Rising disposable incomes and consumer spending in Asia promoted expansion of the sporting goods industry. This trend was particularly evident in China, supporting healthy industry sales growth, especially in the lower-tier cities. In India, the size of the sector continued to expand at a strong pace." It added "India is expected to drive growth through strong private domestic demand and strengthened investment".

Though the previous government raised the FDI limit for single-brand retail to 100 per cent in 2012, some policy guidelines were seen as obstacles by industry. Even as the current government is opposed to FDI in multi-brand retail, dialogue is on to relax the rules for groups seeking to operate fully owned and franchise businesses simultaneously. This will allow companies to be part of the $24-billion franchise industry. Apart from Nike, companies like Swarovski and Tommy Hilfiger were also caught in this mixed business proposal. Also, the sub-branding issue raised in the case of British chain Marks & Spencer, which sells under Autograph and Blue Harbour brands, besides M&S, could see some relaxation.

Earlier, in an unrelated case, Reebok India had filed a report with the Gurgaon Police in May 2012 alleging some key employees, including former managing director Subhinder Singh Prem and then chief operating officer Vishnu Bhagat, committed a financial fraud to the tune of Rs 870 crore. Subsequently, in its annual report for 2012, the German group had said its balance sheet for 2011 had taken a hit of ^221 million (an estimated Rs 1,477 crore in 2012) due to the financial fraud in India.

Following an investigation by the Serious Fraud Investigation Office (SFIO), a complaint filed in Gurgaon court and with the corporate affairs ministry indicted the parent company, Adidas Group, for lapses in corporate-governance practices and internal controls at its Indian subsidiary. It, however, gave a clean chit to then Adidas India managing director Claus Heckerott (from March 2012 to January 2013), and Shahin Padath (then director of finance) in the list of the accused, on the ground of being whistleblowers in the fraud case. Legal experts do not expect any fallout of the financial fraud on Adidas' current proposal. "They were victims of the fraud, and not the perpetrators. The proposal should be evaluated on merit," says Suhail Nathani, partner, Economic Law Practice.

Following the alleged financial fraud, Adidas India had gone through an organisational restructuring - putting in place controls, along with checks and balances - with more involvement of the parent group in the day-to-day operations. It moved from a minimum guarantee-driven model to a cash-&-carry model for its franchise operations. Over the past year, it has repositioned its stores as 'fit hub'. As part of its omni-channel strategy, customers can now order a particular footwear model not available in the store through in-store tab and get delivery at their homes.

â€¢    Changing tack: After the alleged financial fraud, Adidas changed its business model in India from minimum guarantee format to cash & carry under a franchise structure

â€¢    New structure: The firm wants to have a fully owned single-brand retail business in India for Adidas, while retaining the franchise operation as well. There's no application for 100% FDI for Reebok stores yet. Adidas owns the Reebok brand

â€¢    Number of stores: The combined number of Adidas and Reebok stores in India is 750

â€¢    Fashion chain H&M faced delay in getting clearance over lack of clarity on sourcing guidelines
â€¢    It is planning to open its first India store this Fall, more than two years after its proposal to invest Rs 750 crore 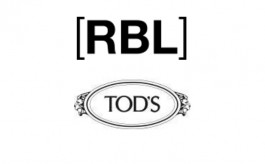 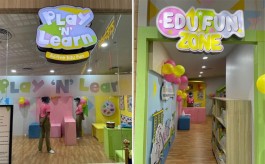 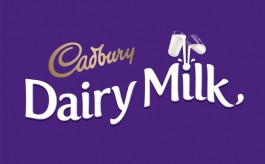