Winners of the prestigious VMRD Awards were announced at a glitzy ceremony held as part of the 13th edition of In-store Asia at the Jio world Convention Centre (JWCC) on June 30th. Aditya Birla Fashion & Retail India Pvt Ltd took the maximum number of awards this year, bagging 7 awards. The company also won the maximum number of Gold (3) for the categories - Best Shop Fitting, Best Window Display -Festivals and EOSS, and Best Department stores. They also managed to get the maximum number of nominations. Shoppers Stop won the Gold for the Best In-store VM for its Lucknow Crown store. This year the store with Best Green Initiative was also recognised by the VM&RD Awards and The Grid Architect bagged the Gold award in this category, while Soultree was the 1st runner up followed by Future Research Design Company (FRDC) as 2nd runner-up. The total number of categories judged were 24, out of which 15 were Store Design categories and 10 were special categories.

Hybec won the Best Stall Design award, while Srinivas Papers was the 1st runner-up in this category. The entries were judged by a Jury Panel comprising prominent names in the retail industry and the judging process was done through a robust and error proof scoring system.

This year winners of the 2020 VM&RD Awards were also felicitated as the Awards ceremony that year was conducted online due to the pandemic. 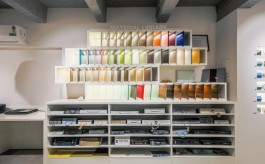 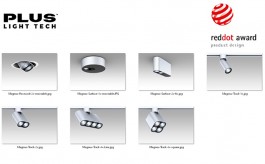