After merger, Birlas to offer 20% stake to new investors in Pantaloons Fashion 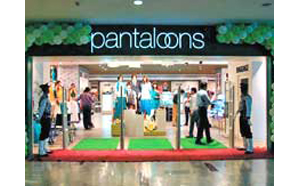 In a first indication of a mega-restructuring plan for its retail companies, the Aditya Birla group has proposed to merge Madura Garments, MGL Retail Undertaking, and Aditya Birla Retail with listed Pantaloons Fashion & Retail in a share-swap deal.

In an informal guidance sought by Pantaloons Fashion from the market regulator, the Securities and Exchange Board of India (Sebi), Pantaloons said it will offer up to 20 per cent of stake in tranches to new financial investors on the expanded capital after the merger is over.

In its communication dated December 24, the Sebi said the new investors will be treated as public shareholders and their shareholdings will be considered as public shareholdings and the shares allotted to the investors will be locked in for a year. Sebi's guidance was made public last week, after the company sought 90 days from Sebi to keep the informal guidance confidential. In its letter dated December 4, the company said the valuation of each business and merger ratio was underway by independent valuers and chartered accountants.

According to a source, private equity firms L Capital and Temasek are in a race to buy stake in the merged entity, and the Birla group is looking to raise $500 million through the stake sale.

Pantaloons said the promoters would not vote in the shareholders' meetings of the preferential allotments to the new investors, and the allotments will be made via special resolutions in which only public shareholders of the company will vote.

By the company's communication, the date for the demerger will be April 1, 2014 and the relevant date for determination of issue price will be 30 days prior to the meeting of shareholders of Pantaloons Fashion to consider the preferential allotment to new investors.

The objective of the proposed plan, the company said, is to consolidate the retail and apparel businesses of the Aditya Birla group within one single entity, to unlock value and accrue synergy benefits of the business and to enable raising additional capital in multiple tranches, the first of which is sought from the investors.

According to the plan, the incoming investors would not have any veto rights but get rights to appoint one director each on the board. The Sebi gave its approval to the merger proposal by issuing a "no action" letter and asked the company to retain the same structure of the deal.

The Aditya Birla group had to undertake the restructuring following heavy losses suffered by its retail companies. Pantaloons Fashion, acquired from Kishore Biyani's Future group in 2012, posted a net loss of Rs 187 crore on net sales of Rs 1,661 crore in 2013-14. Pantaloon Retail has made a loss of Rs 42.78 crore for the quarter ending December 2014 on revenues of Rs 450 crore.