Amazon steps up US lobbying for Indian FDI

According to the latest lobbying disclosure reports filed with the US Senate, Amazon lobbied for the second straight quarter during January-March period of 2014 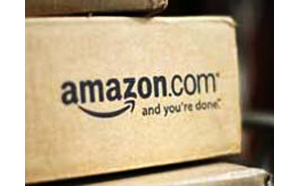 After supermarket giant Walmar , it is online retail major Amazon which appears to be lobbying hard with US lawmakers to seek their support for facilitating its "foreign direct investment in Indiaâ€.


According to the latest lobbying disclosure reports filed with the US Senate, Amazon lobbied for the second straight quarter during the January-March period of 2014 on issues related to foreign direct investment (FDI) rules in India.

Walmart has halted its India-specific lobbying for the second consecutive quarter, although it continues to lobby on issues related to "Walmart operations in international marketsâ€.

According to Amazon's lobbying disclosure report for the first quarter of 2014, matters related to "foreign direct investment in Indiaâ€ figure among numerous specific lobbying issues discussed by Amazon Corporate LLC and its registered lobbyists with the US lawmakers.


Amazon, which is aggressively expanding its presence in the Indian online retail market, lobbied on issues related to Indian FDI during the October-December quarter of 2013 also, shows the Congressional records of lobby disclosure reports.

The other matters on which Amazon lobbied during the last quarter include issues related to mobile payments, unmanned aerial vehicles, free trade agreements, high-skilled immigration, online wine sales, taxes and cyber security. Amazon is discussing issues related to Indian FDI, among other matters, with the members of the US Senate, the US Trade Representative, the Department of Commerce, the Department of State and the US House of Representatives.

According to the lobby disclosure reports filed with the US Senate, Amazon.com and its group entities including Amazon Corporate LLC have been lobbying on various issues since 2000, but it was only in the quarter ended December 31, 2013, when its lobbying issues included "foreign direct investment in Indiaâ€.

Earlier, Walmart had been lobbying very hard among the US lawmakers for their support on its FDI plans for India. However, a number of roadblocks including probes ordered by the Indian government seem to have tempered its ambitions for India, which has been projected as one of the biggest growth markets for the retail sector across the world.

According to Walmart's latest disclosure, it spent close to $1.84 million on its overall lobbying activities in the US during the January-March 2014 quarter, but there is no India-specific matters listed among the "specific lobbying issuesâ€ disclosed in this 18-page quarterly report.

While India did not find a mention in the previous quarter (October-December 2013) lobbying disclosure report as well, "discussions regarding Foreign Direct Investment in Indiaâ€ used to be one of the'specific lobbying issues' quite often in Walmart's earlier quarterly lobbying reports.

In its latest quarterly disclosure, Walmart has however listed "discussions regarding Walmart operations in international marketsâ€ as one of the nearly 45 specific issues that Walmart and its lobbyists discussed with the lawmakers and the government departments in the US during January-March period this year.

During 2013, Amazon spent a total amount of $3.45 million on lobbying, while such expenses have been mostly rising since the year 2000 when it began lobbying, according to the disclosure reports filed with the Senate.

The total lobbying expenses during these 13 years exceed $21.5 million (about Rs 136 crore), but India-specific issues figured for the first time in the last quarter of 2013.

Amazon's lobbying in the US on India-focussed issues came at a time when Indian government floated a discussion paper on allowing FDI into e-commerce retail business in the country. A final decision would be taken after taking into account responses to this discussion paper.

Earlier in November 2013, Amazon had said it is'engaging' with the Indian government for relaxing of FDI norms in the e-commerce space, saying such a move would help it begin "retailing productsâ€ as well, in addition to its current marketplace business model.

The company launched operations in India in June last year with its marketplace model, under which Amazon.in does not sell products directly to customers but only provides a platform to sellers.